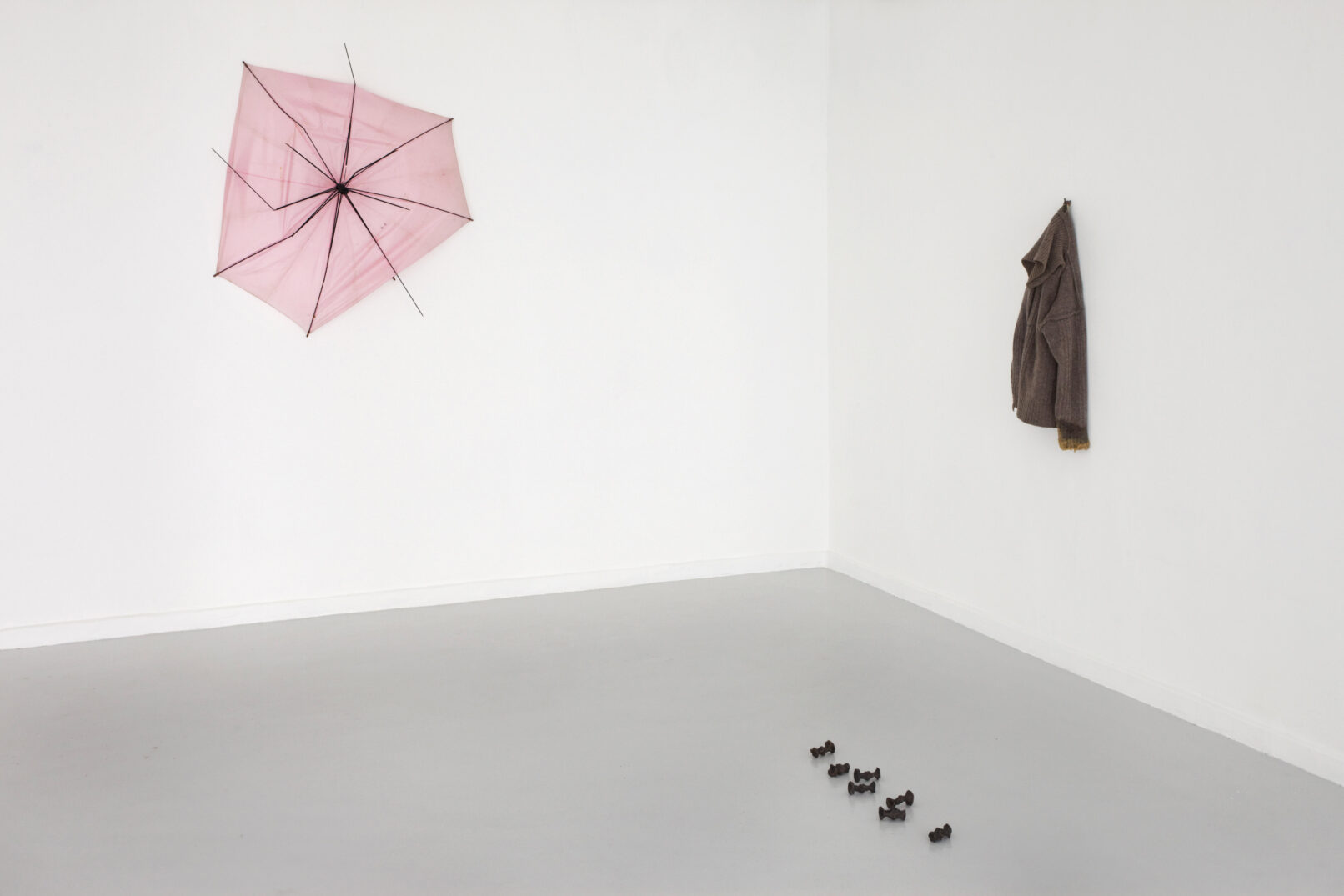 An empty lot is a place that has not yet been defined. There might have been a building before, but now the site is abandoned and forgotten. Objects and materials lie about as a sort of memory or trace of former activities; as accumulations from the city that surrounds the site. The lot as both emptiness and openness serves as a framework for Back to the Lot.

The pieces of the exhibition are based on found objects that are normally barely visible, subtle and without authority. An old frayed wooden post, a worn-out sweater, some apple cores, a disassembled chair, or the remainders of a fruit crate. The objects have been cast into new materials: bronze, cement, wax, rubber; thereby turning the fragile and temporary things into something much heavier. By casting the found objects into new materials, they regain some form of use, while this use paradoxically depends on the non-usability of the objects it has re-cast.

What do things mean to us when they no longer have a practical function, when the power and authority of an object is not accessible and they cannot be consumed? The artworks in the exhibition respond to that question with these abandoned situations on the limits of bodily experience and of language – somewhere between emptiness and openness. 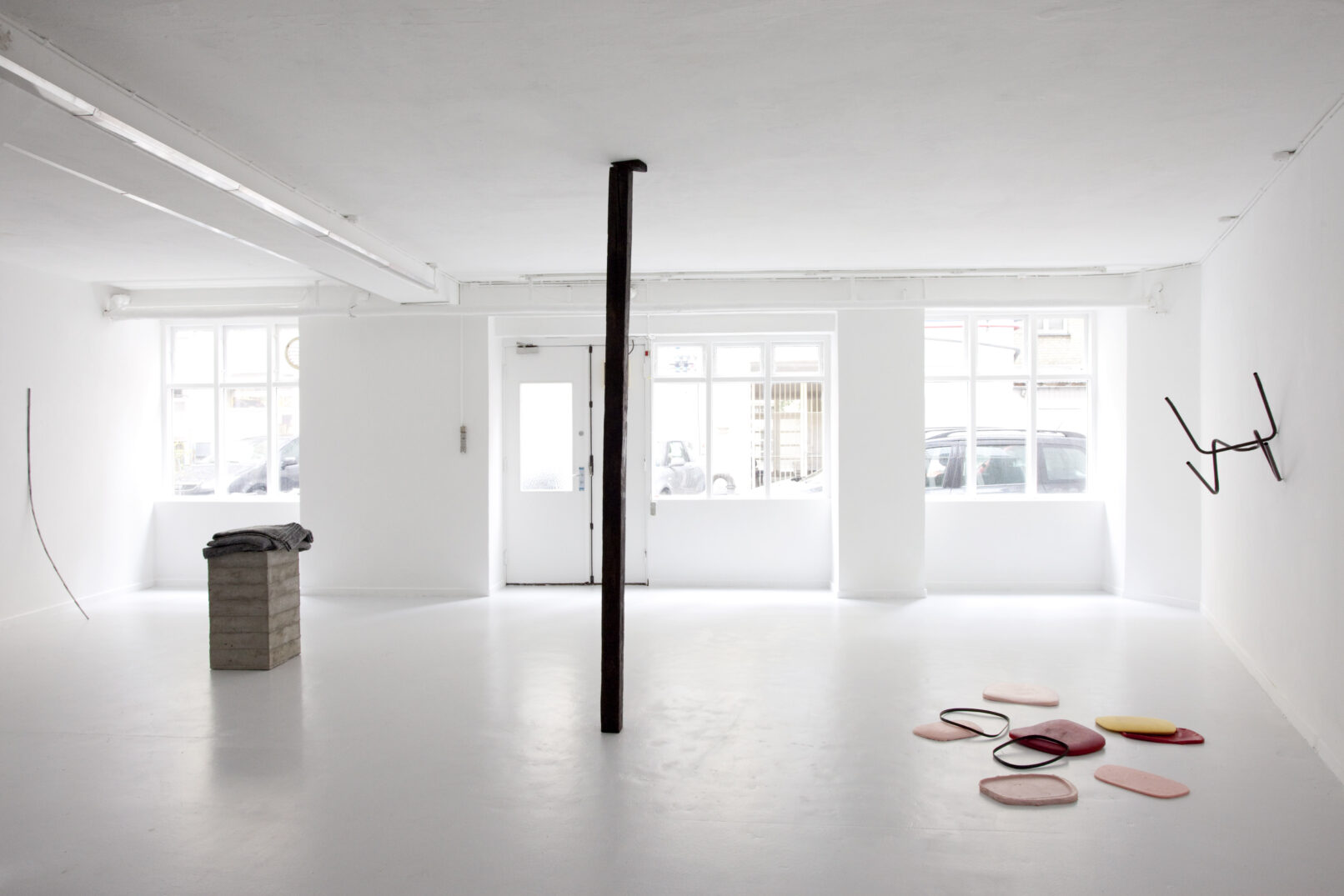 Tilbage til tomten / Back to the lot, 2009
installation view 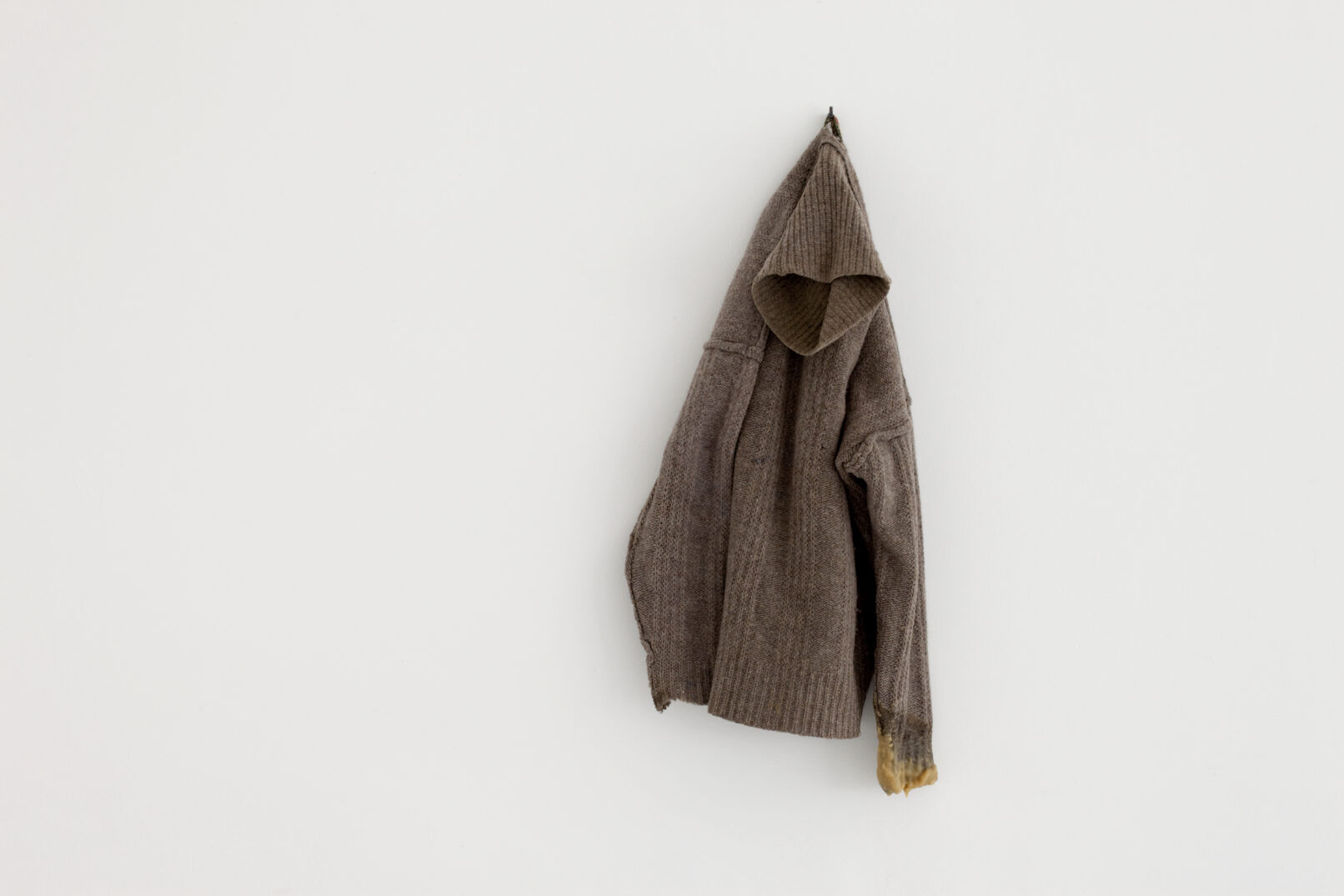 Under the Influence, 2009
sweater, wax, nail 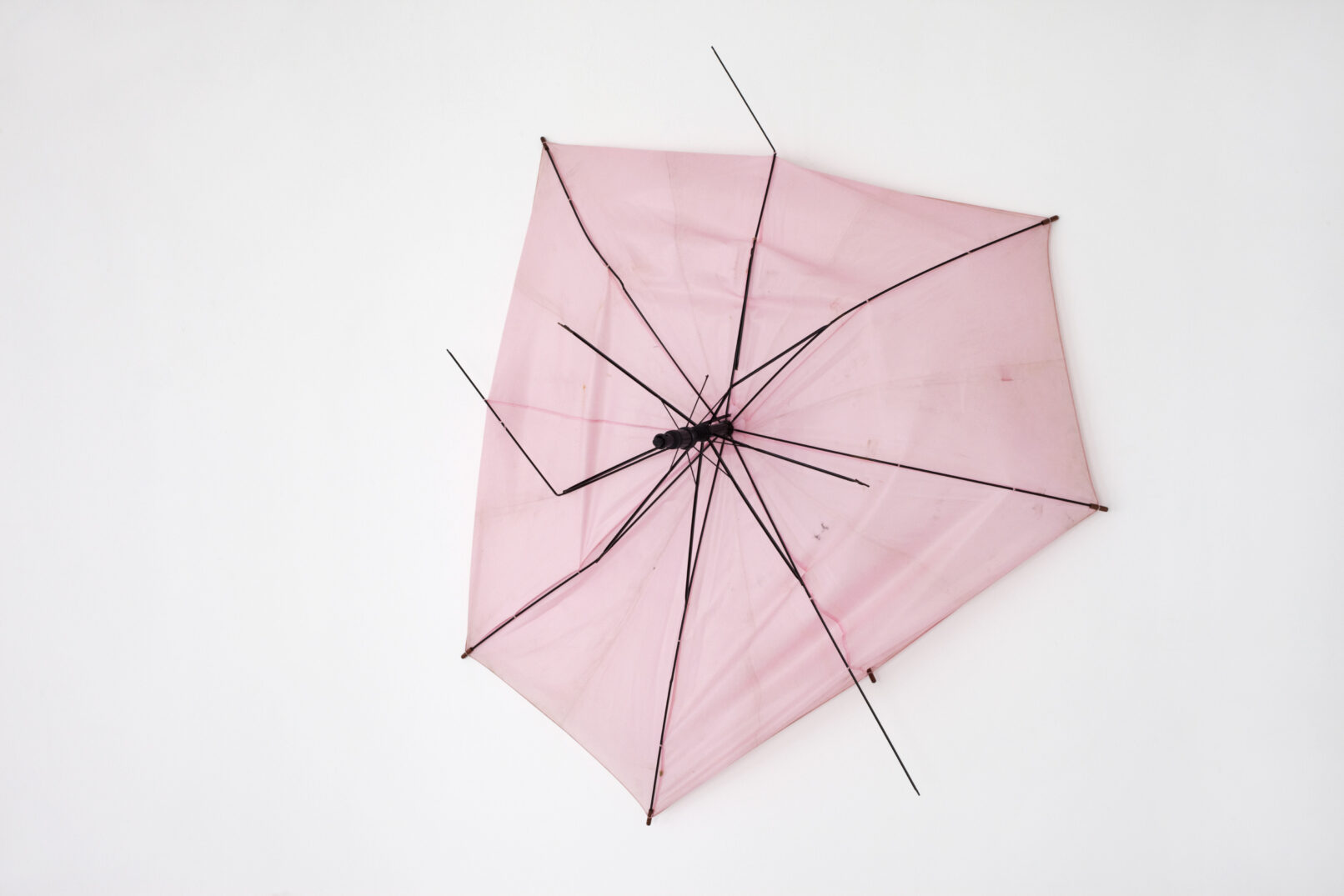 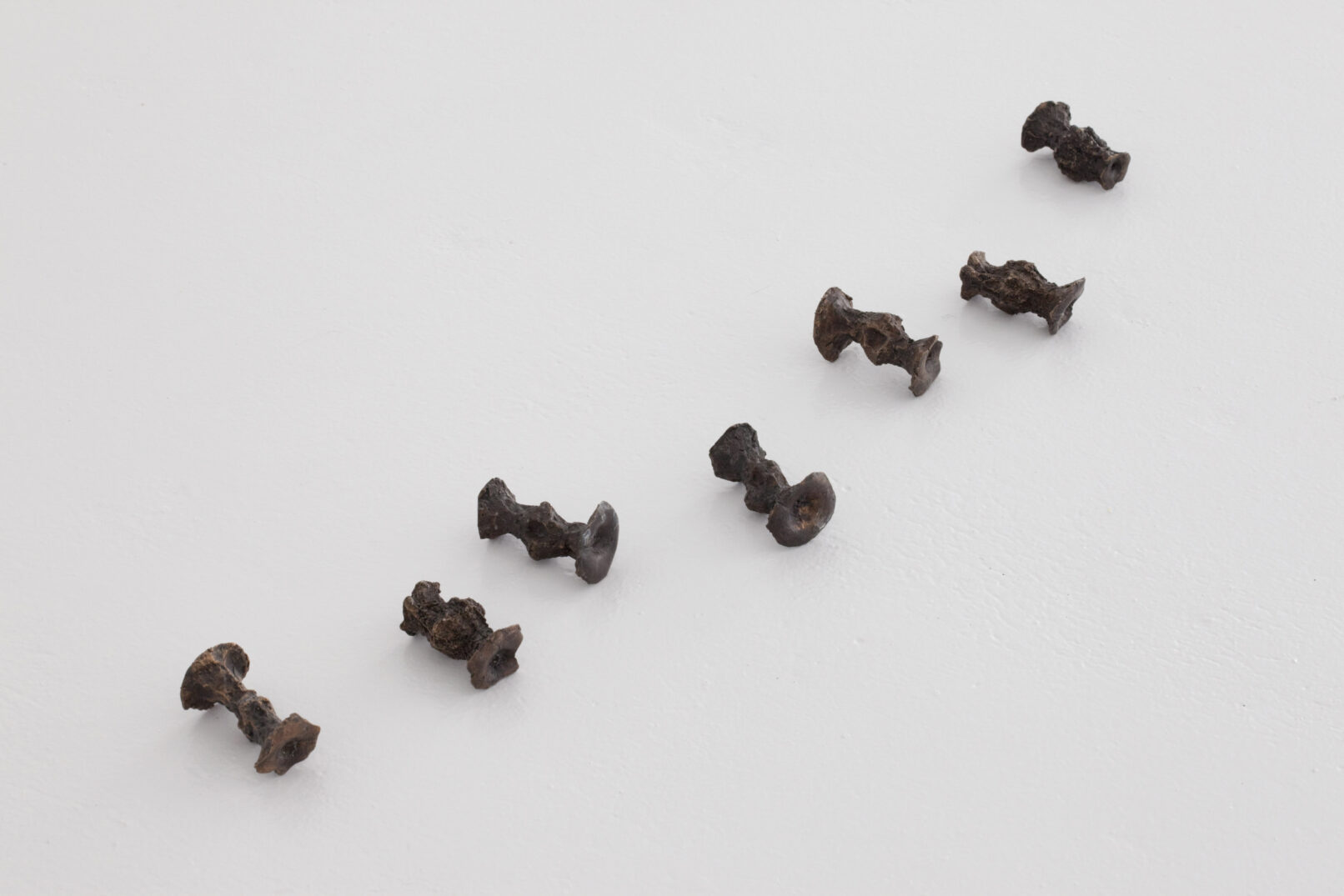 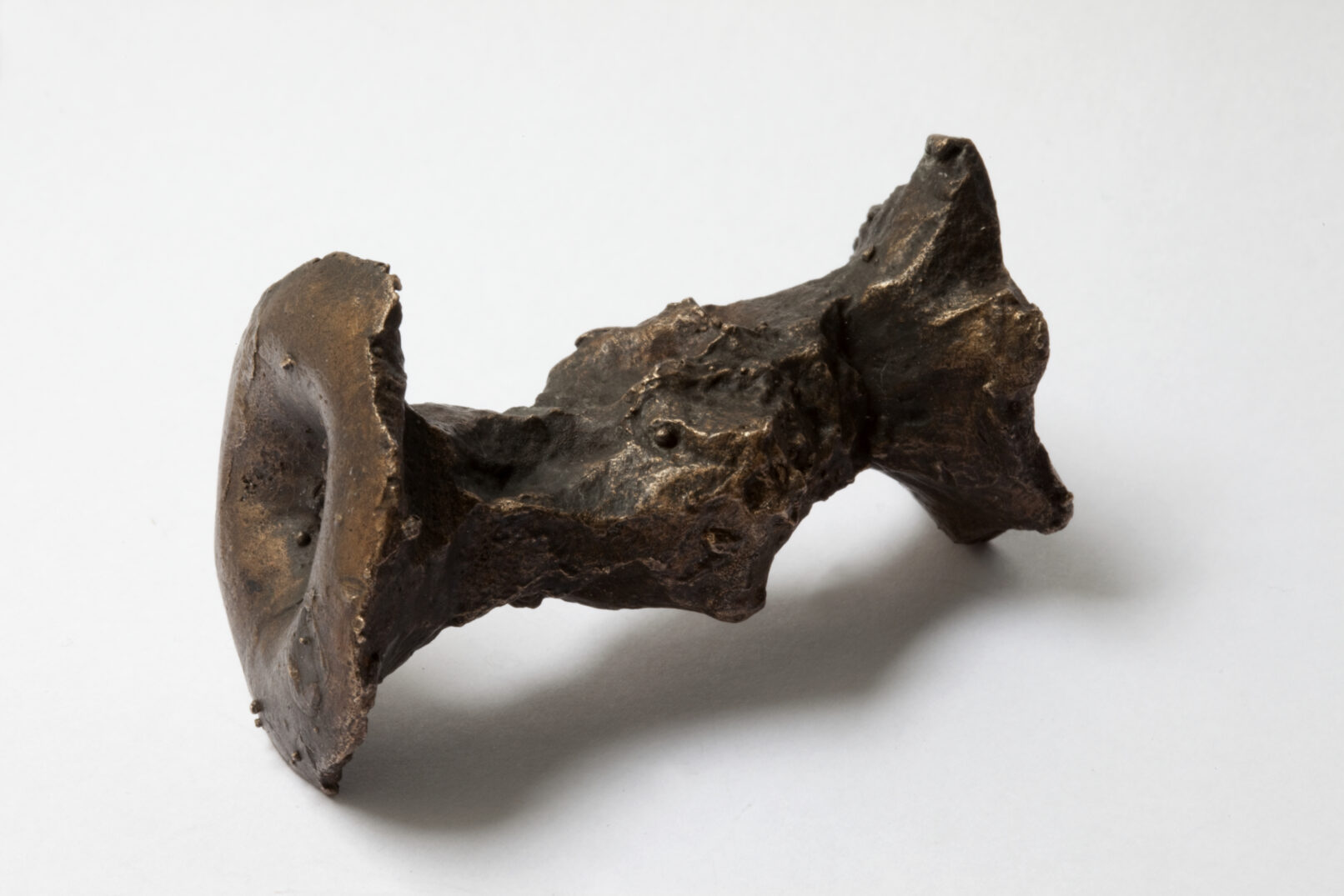 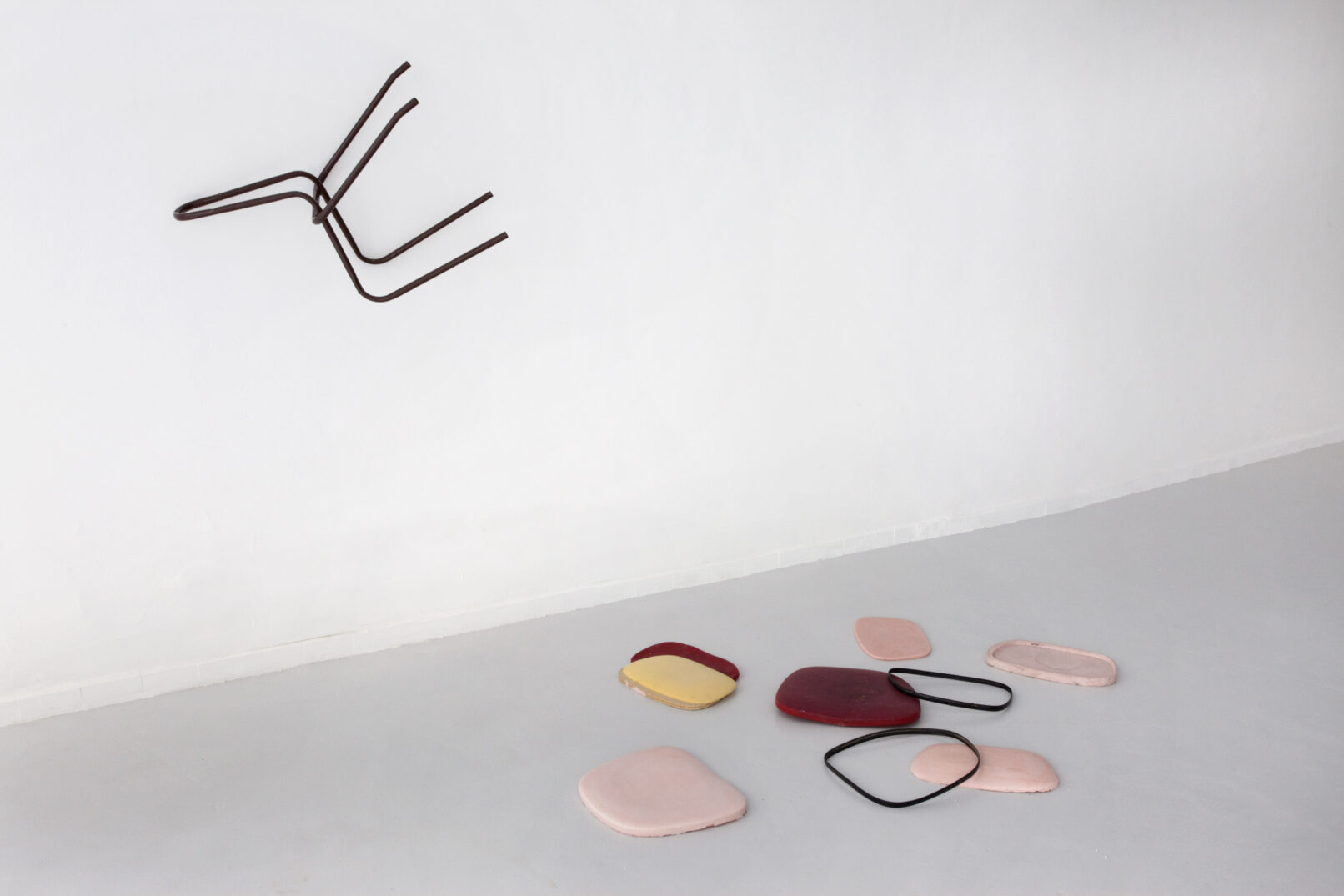 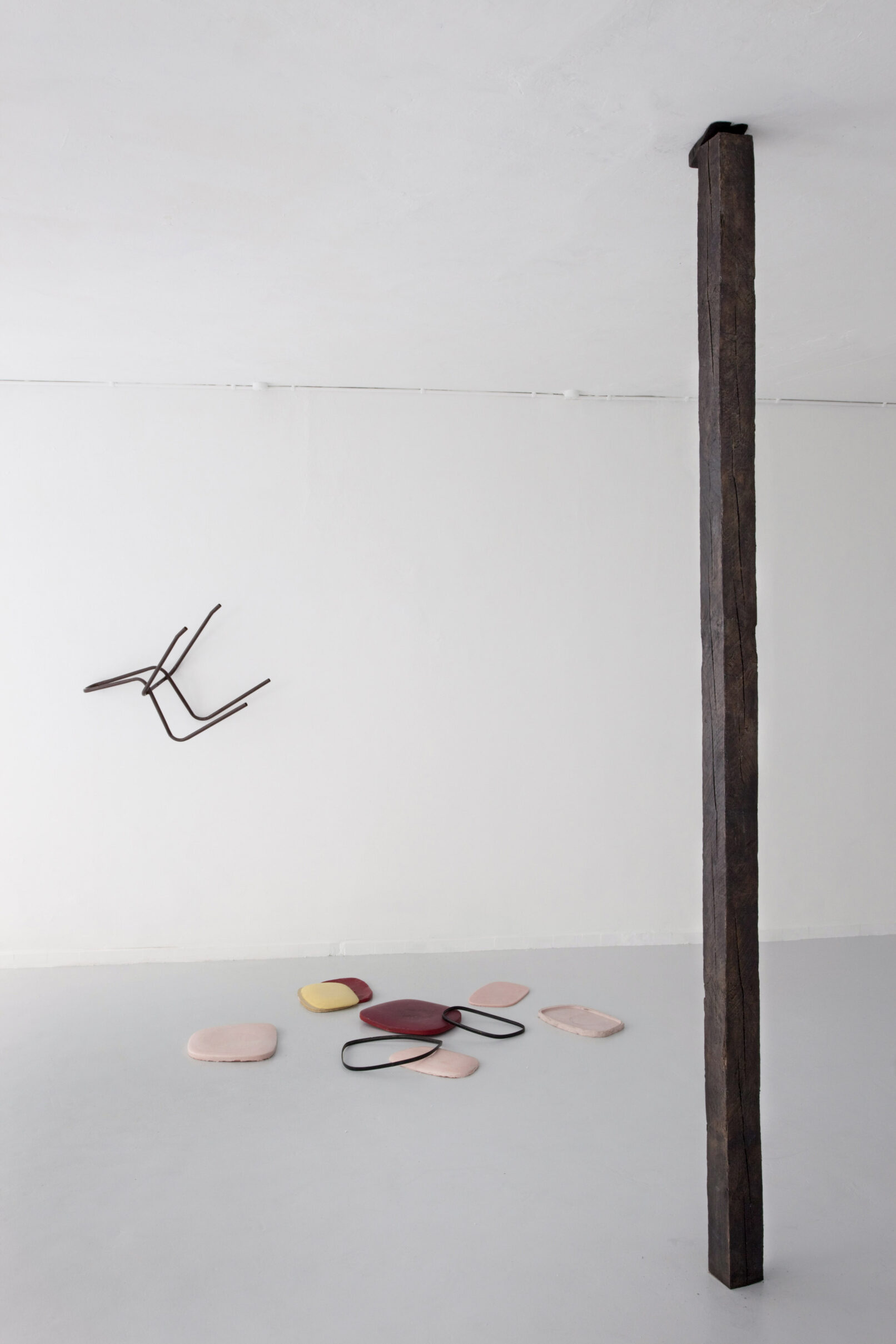 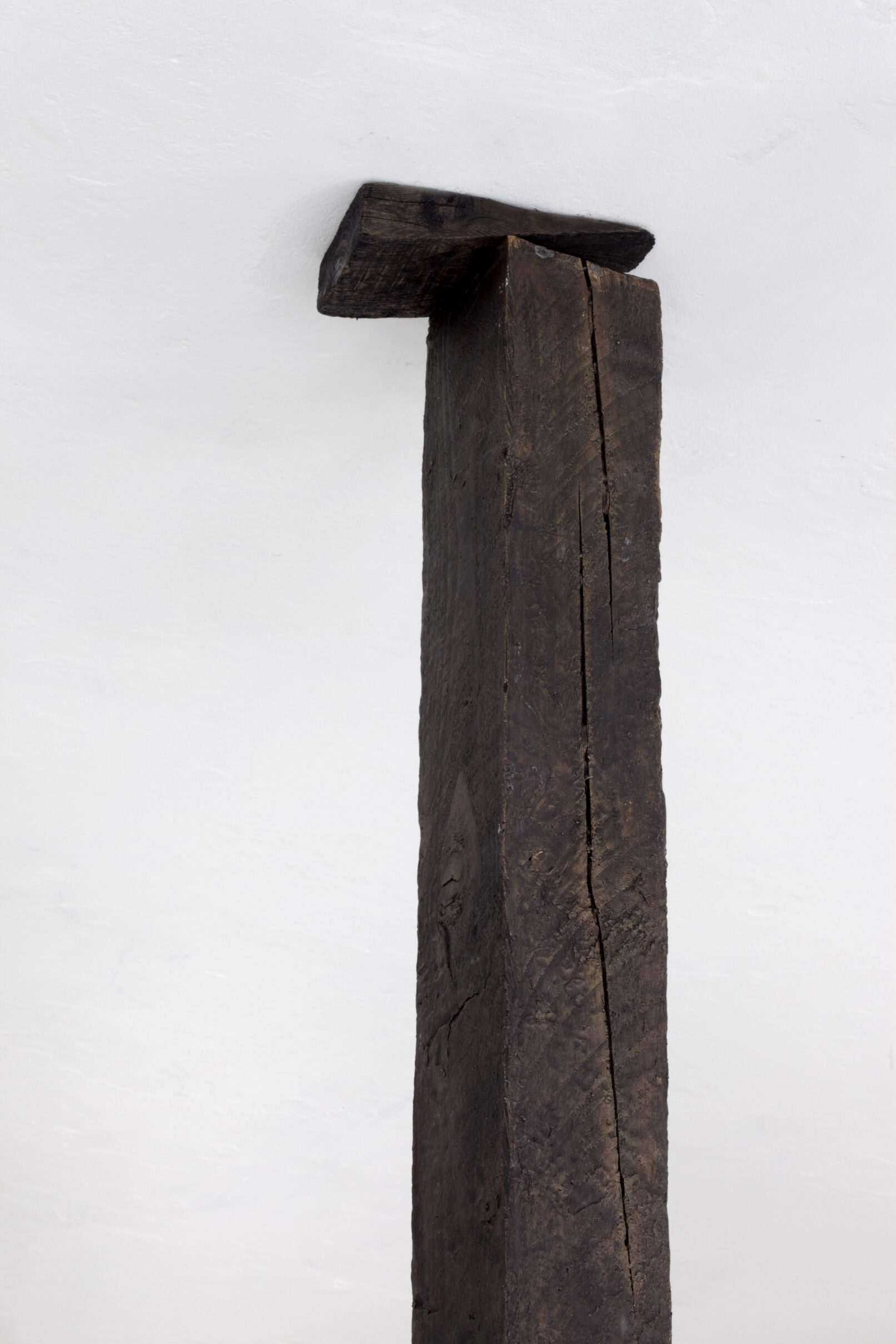 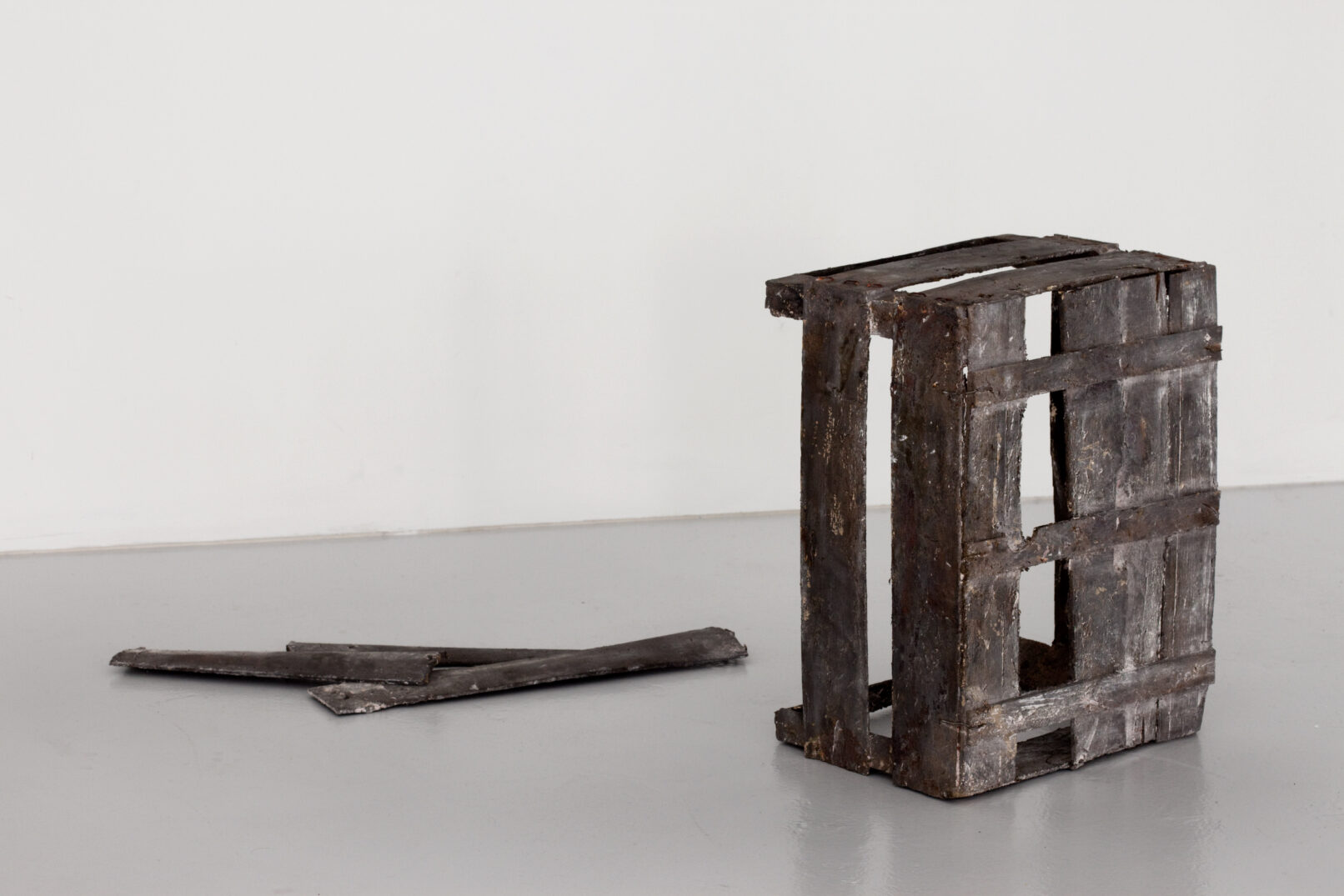 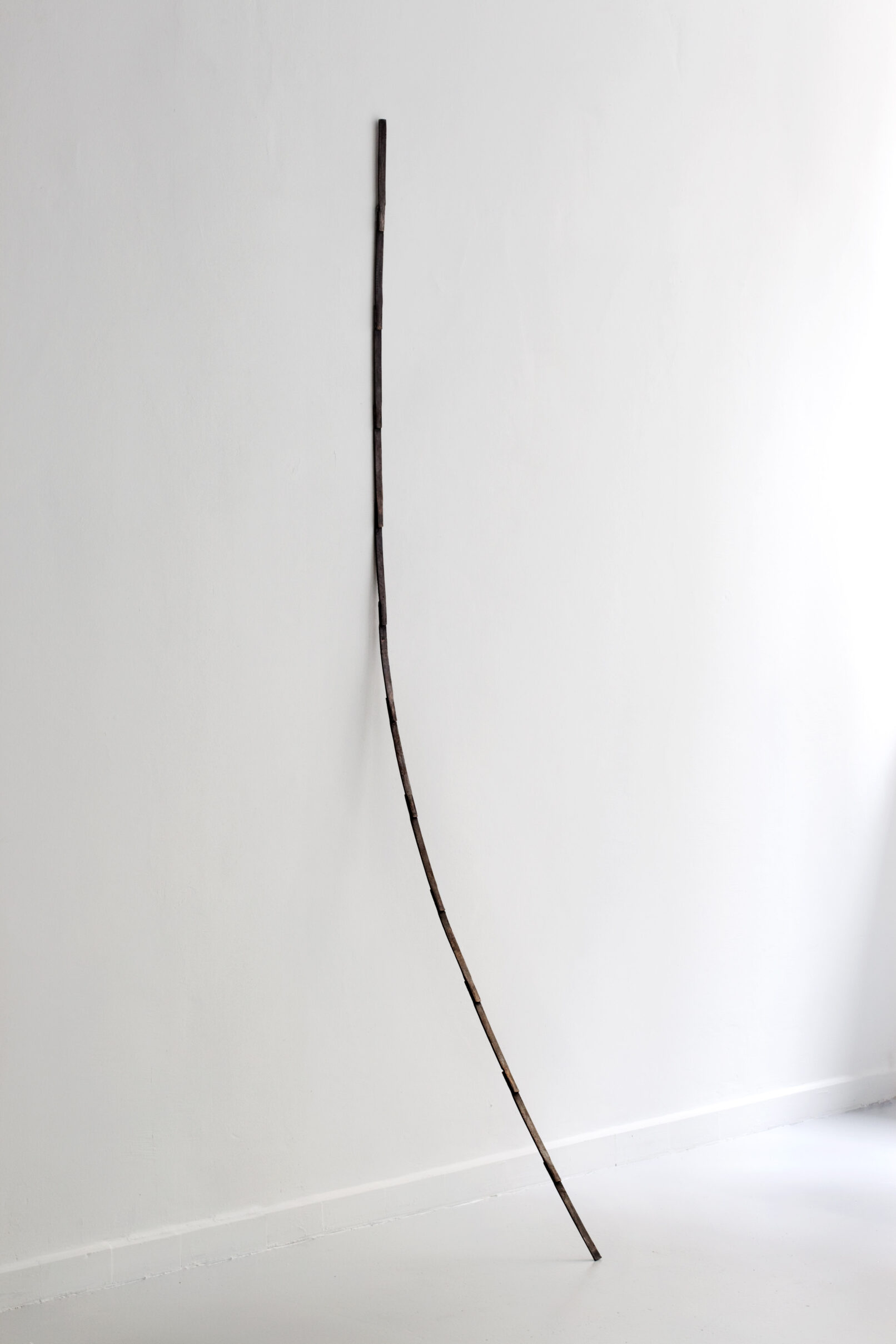 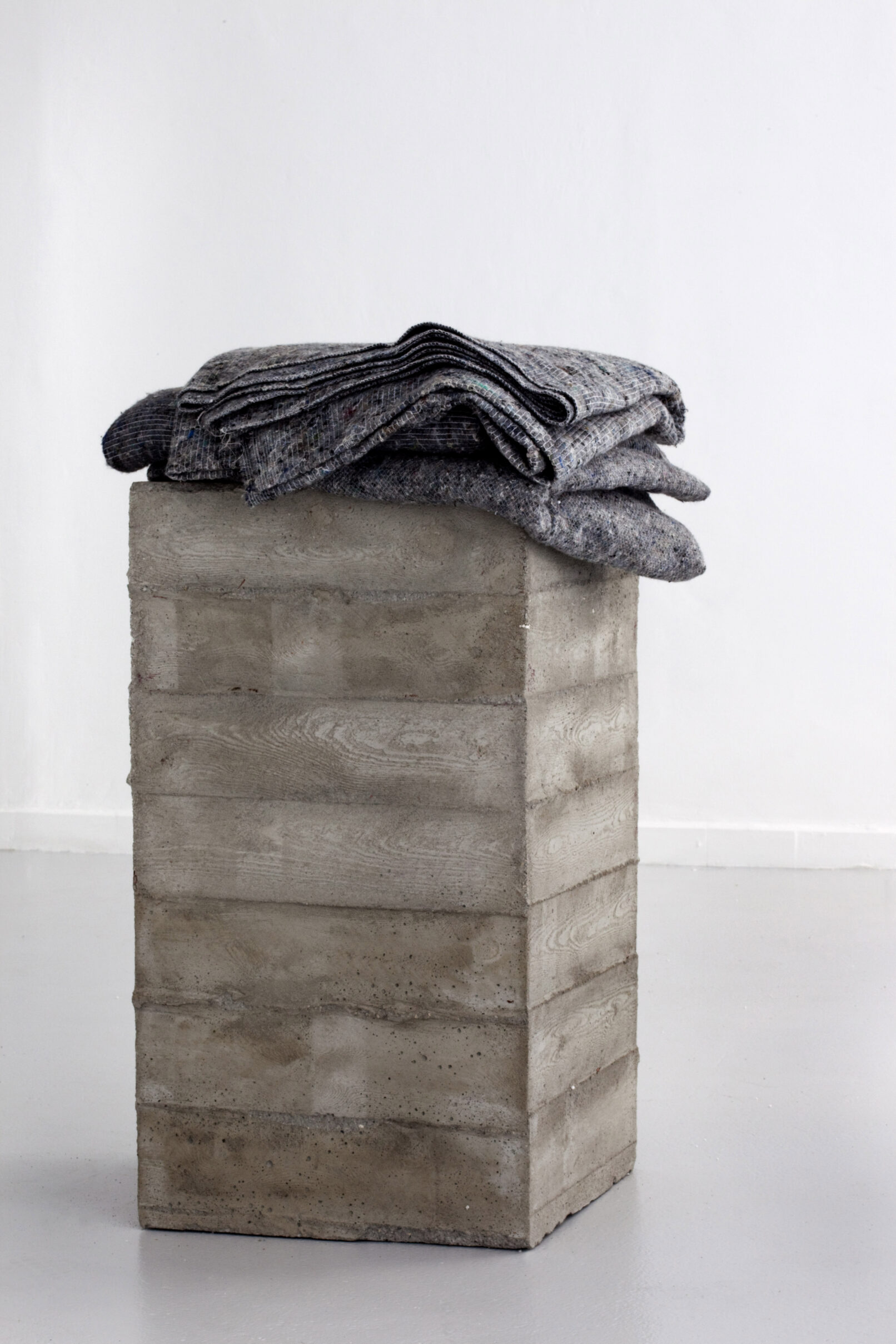 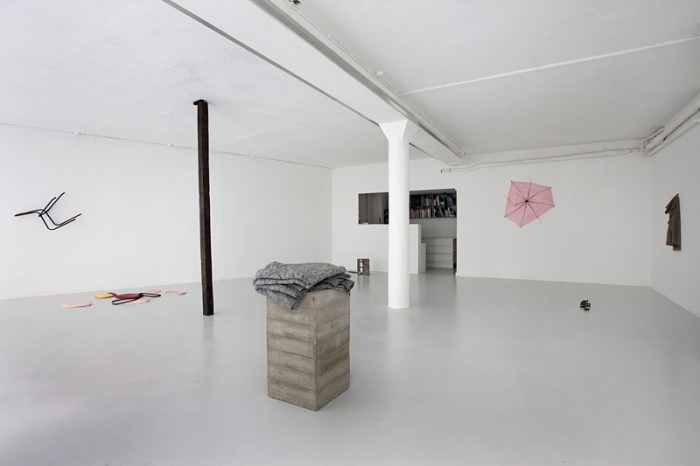