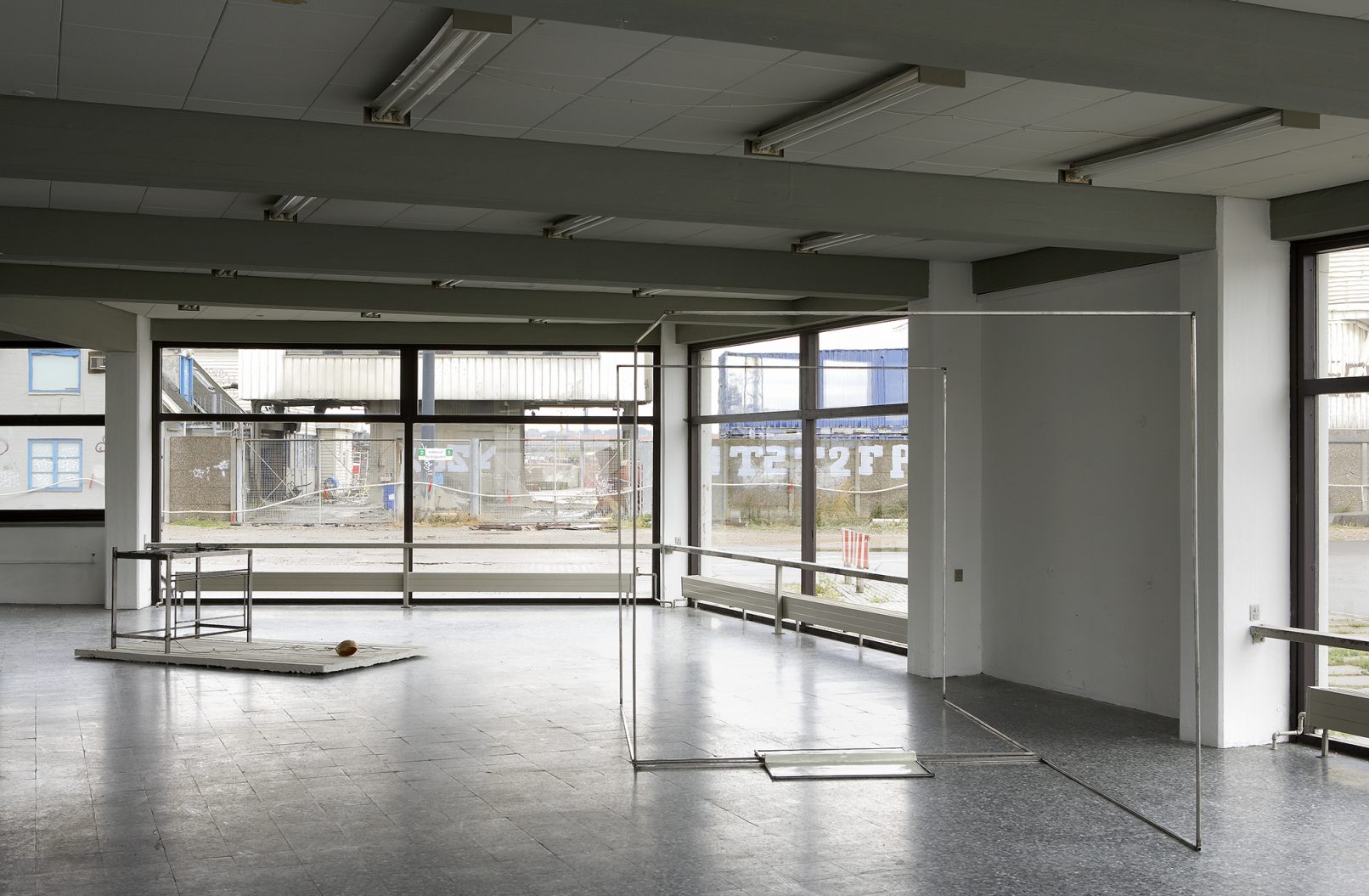 The Layer exhibitions take their starting point in the context of the particular location. The exhibitions encompass a series of sculptures that relate to the concept that the work will take in the limitations of the room, thereby accessing greater precision.

Layer 5, Transformation of function was portrayed as a temporary settlement in the midst of the turbulence that is created when an industrial city area with roots in previous century sheds the skin and transforms into an area with modern living quarters presenting luxury as an attraction.

The work Threshold #2 consists of a cast in nacreous polyester of a doorstep, keeping together the outlines of two rooms welded in steel piping. To trespass is to cross a boundary which is of course what we do when we go from one room to another. The doorstep marks the difference between what is public and what is private. A sculpture can also be seen as a kind of boundary in a given space. It is literally in the way. Mentally a sculpture is also a kind of threshold that we can attempt to cross.

Paris Texas Slide consists of three elements. Based on a low plinth, which is a cement cast of shutter boards, stands a welded framework for a stove to which a cowbell cast in wax is tied. The title refers to Wim Wenders’ film “Paris Texas” from 1984, in which two damaged people, who where once in love, meet in the illusionist space of a peep show. 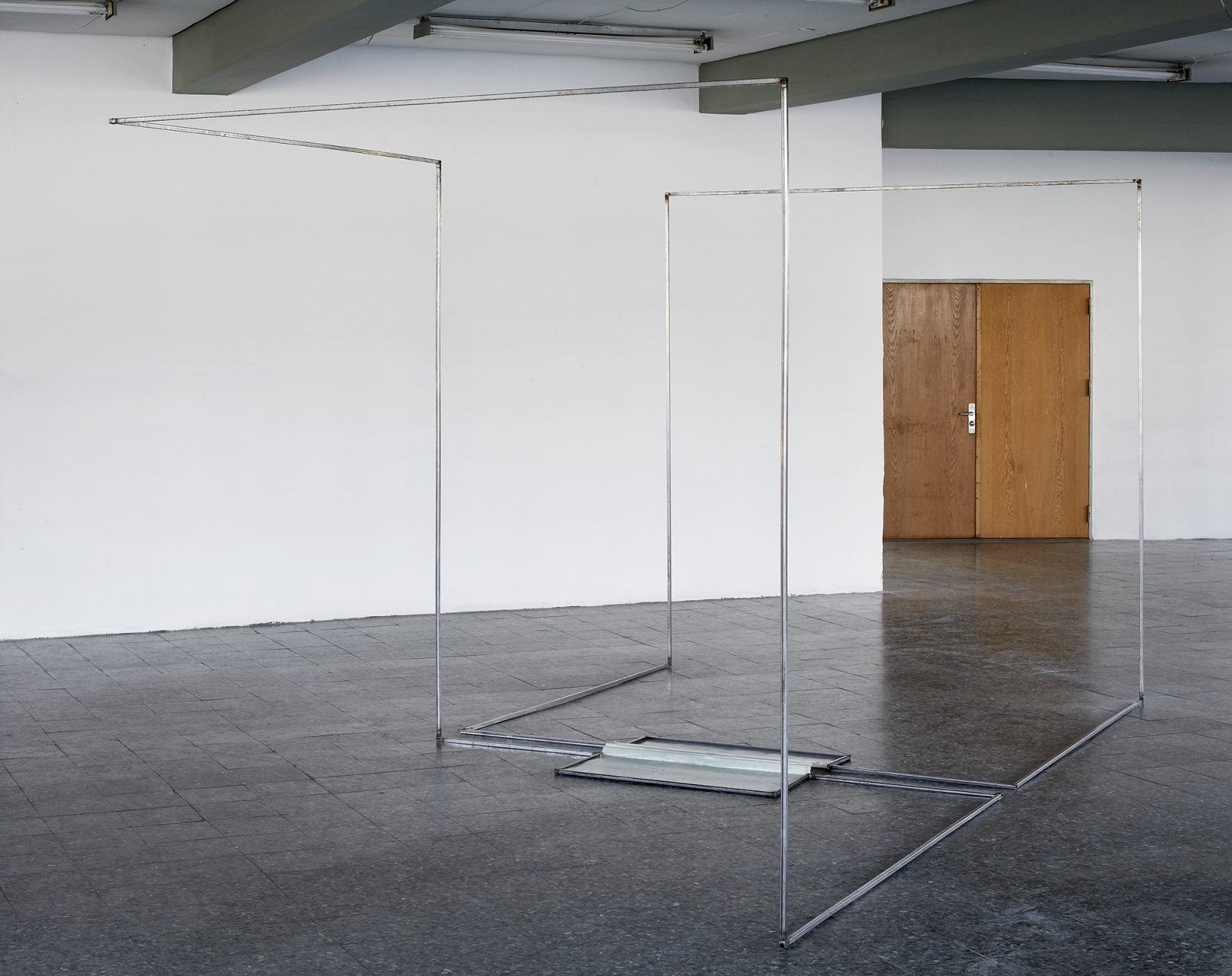 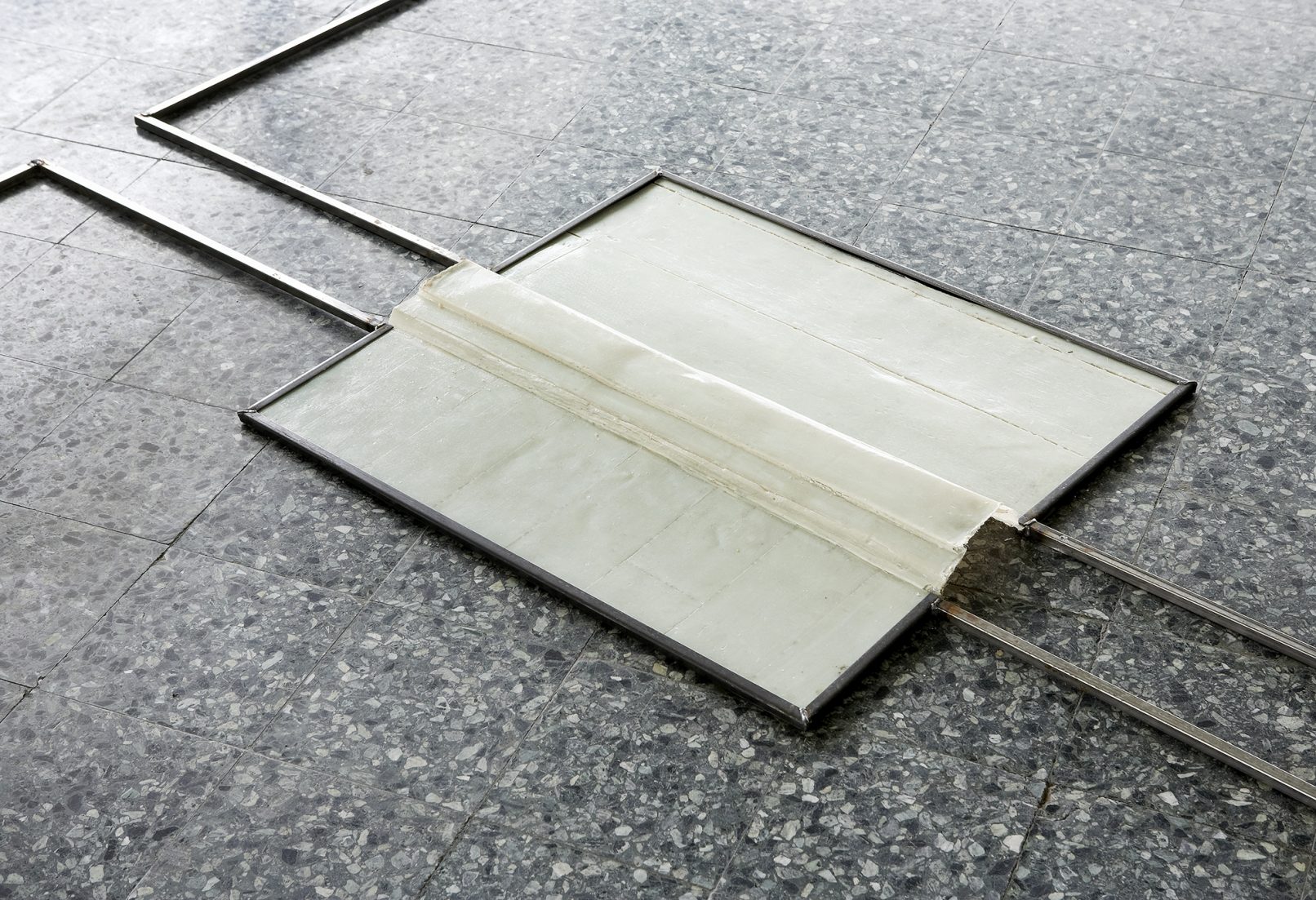 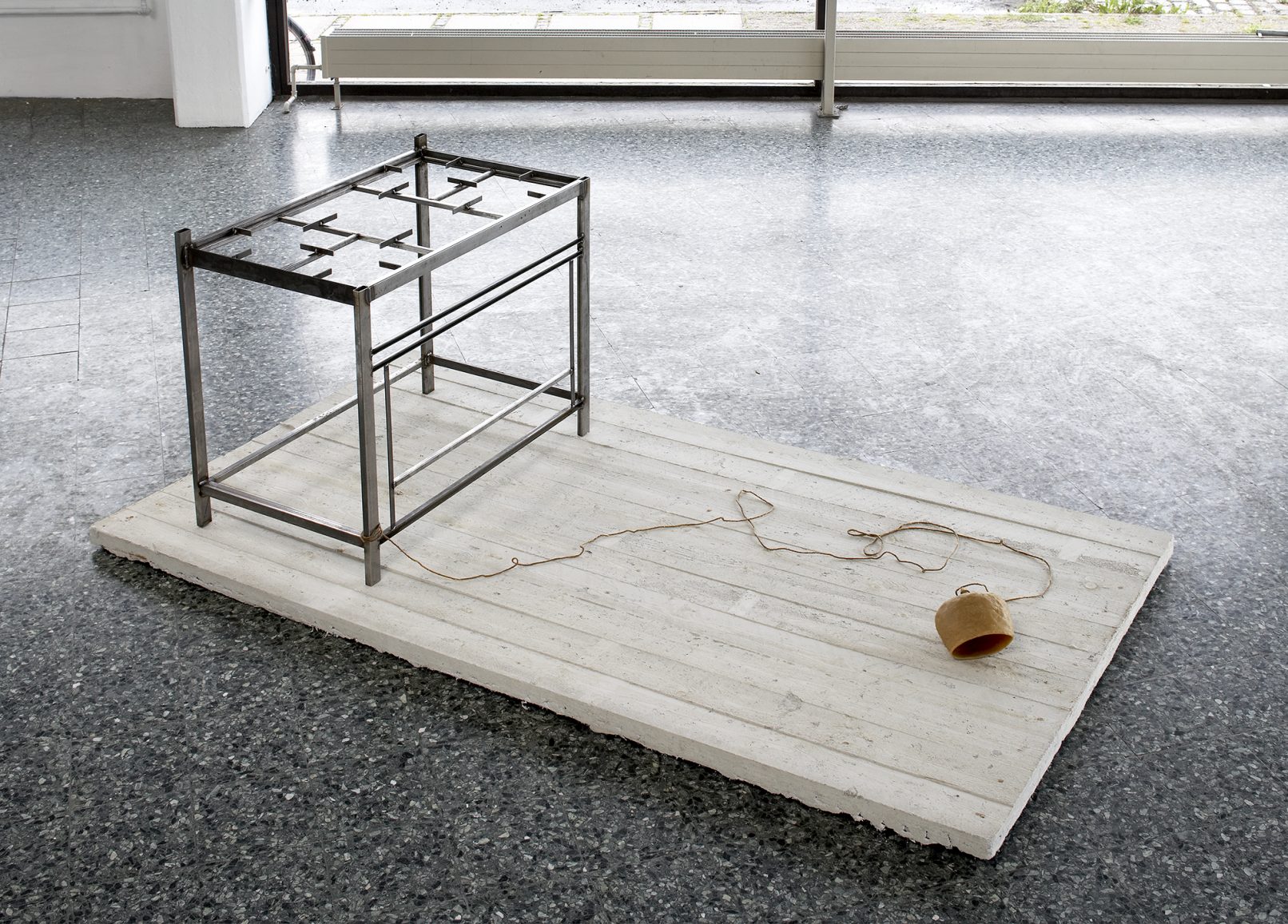 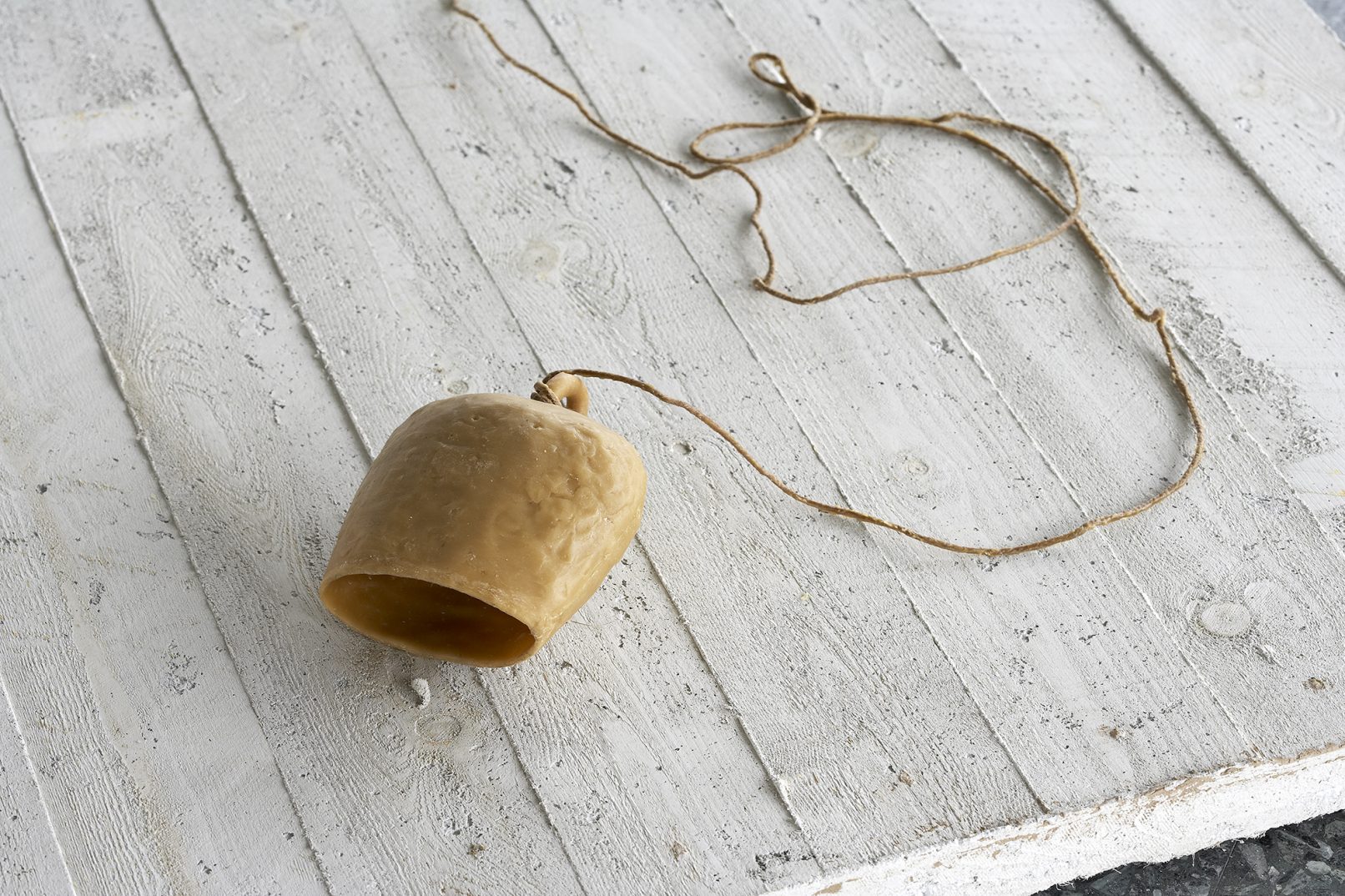 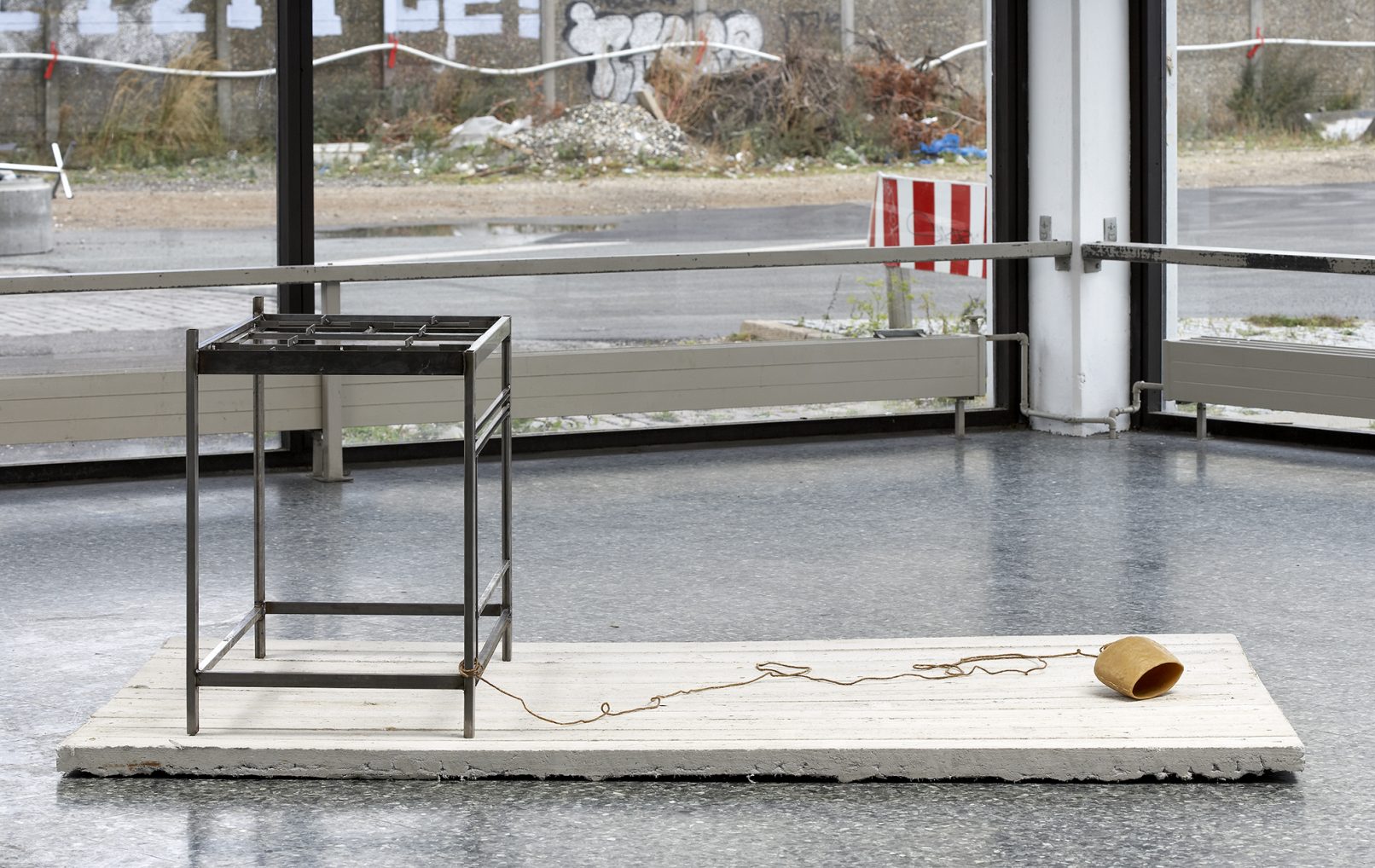 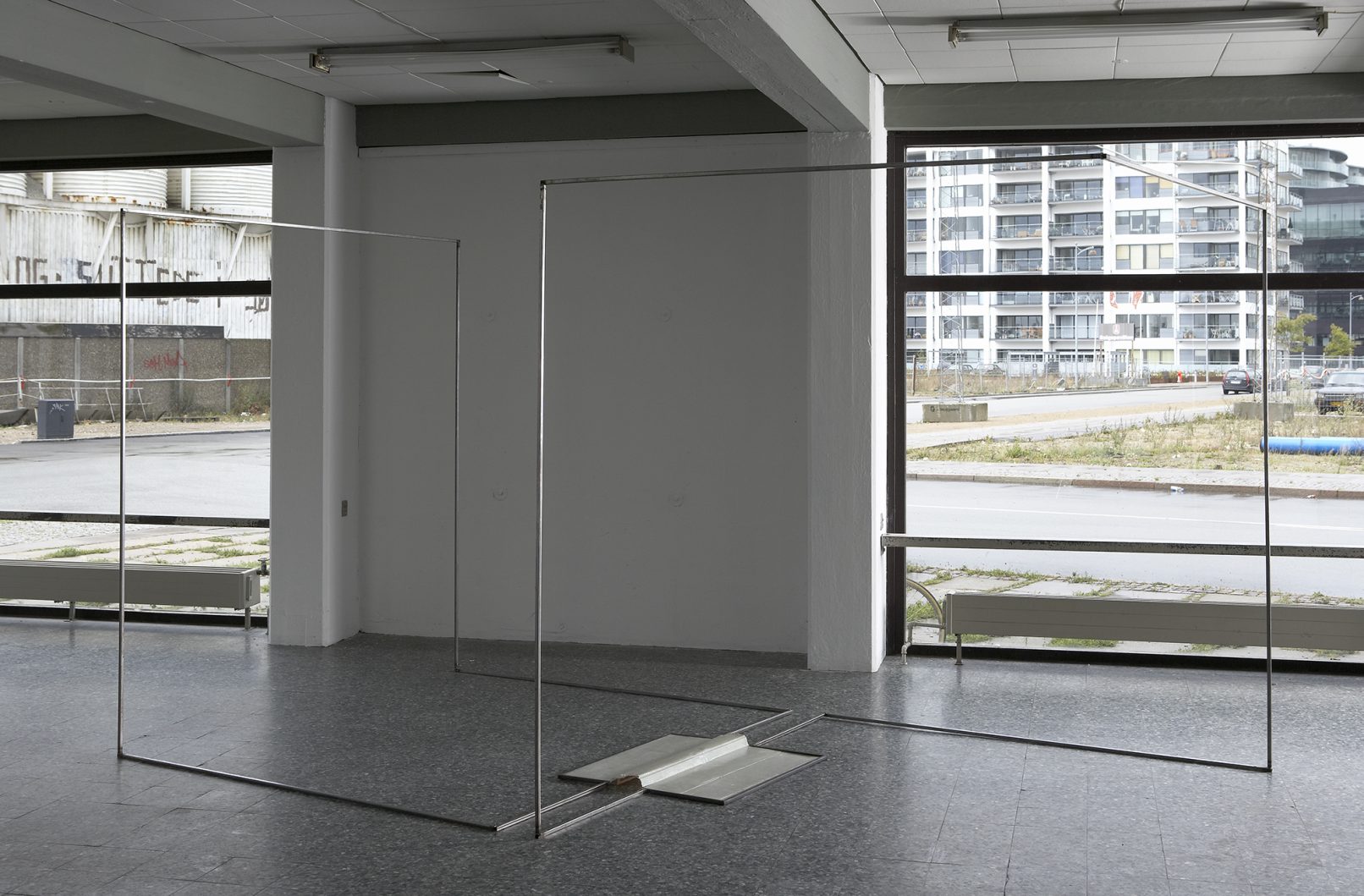