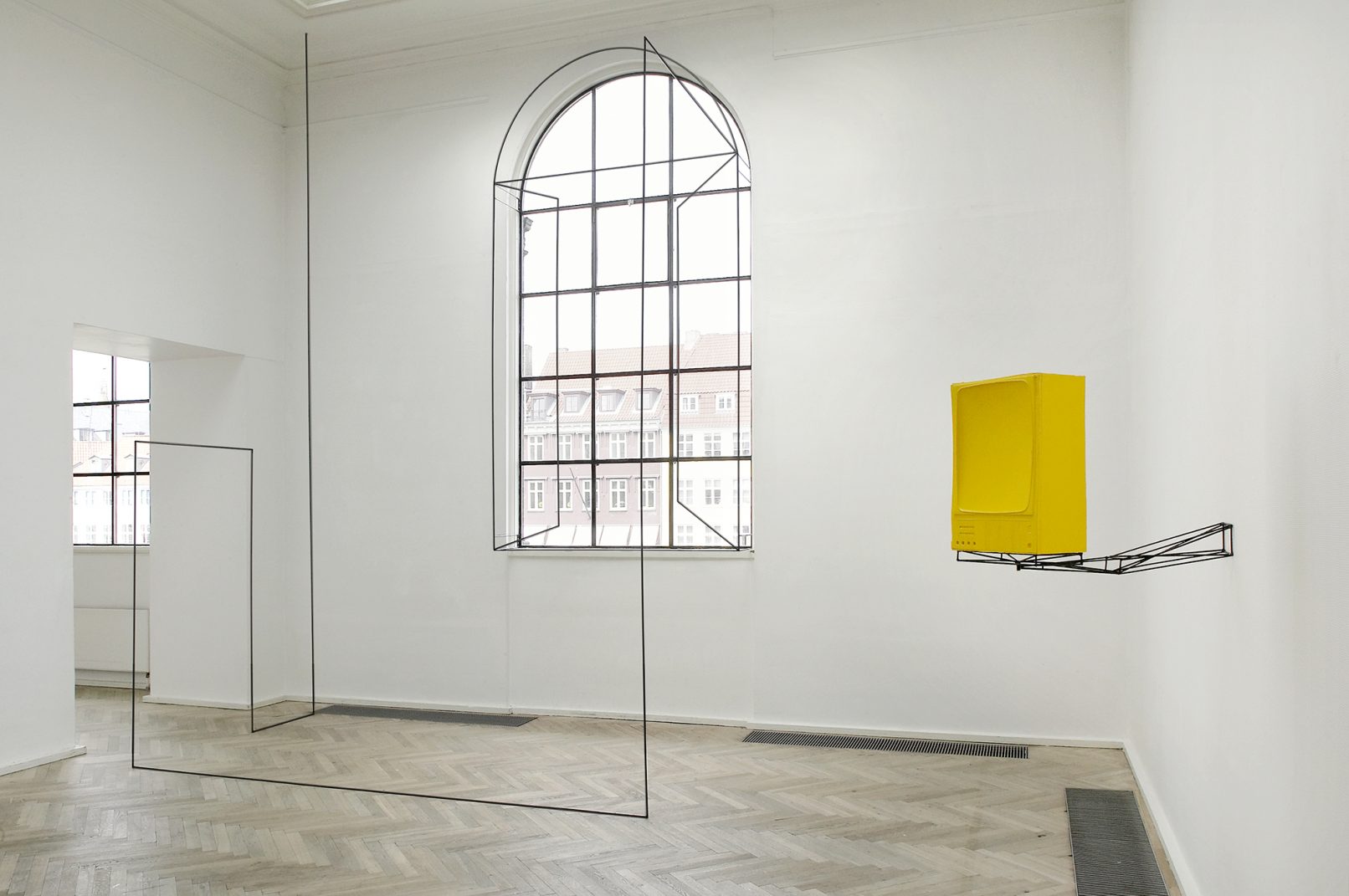 A Room of one’s own encompasses a series of sculptures from 2003-05. All sculptures take their starting point the famous speech from 1928 by the American novelist Virginia Wolf. As Woolf pointed out, you need a room of your own to create art. These familiar elements: the floor plan and the place of rest are used as means to investigate the identity aspects of having a room of one’s own, figuratively as well as metaphorically.

In Danish the word for room, ‘værelse’, derives from the word ‘være’ – which means ‘to be’, in the sence of existence. This breach in language, this connection between living and residing, is put into play in a series of sculptures which all deal with an inside and an outside and the threshold in between.

Eget værelse #3 /A room of ones own #3
steel, polyester 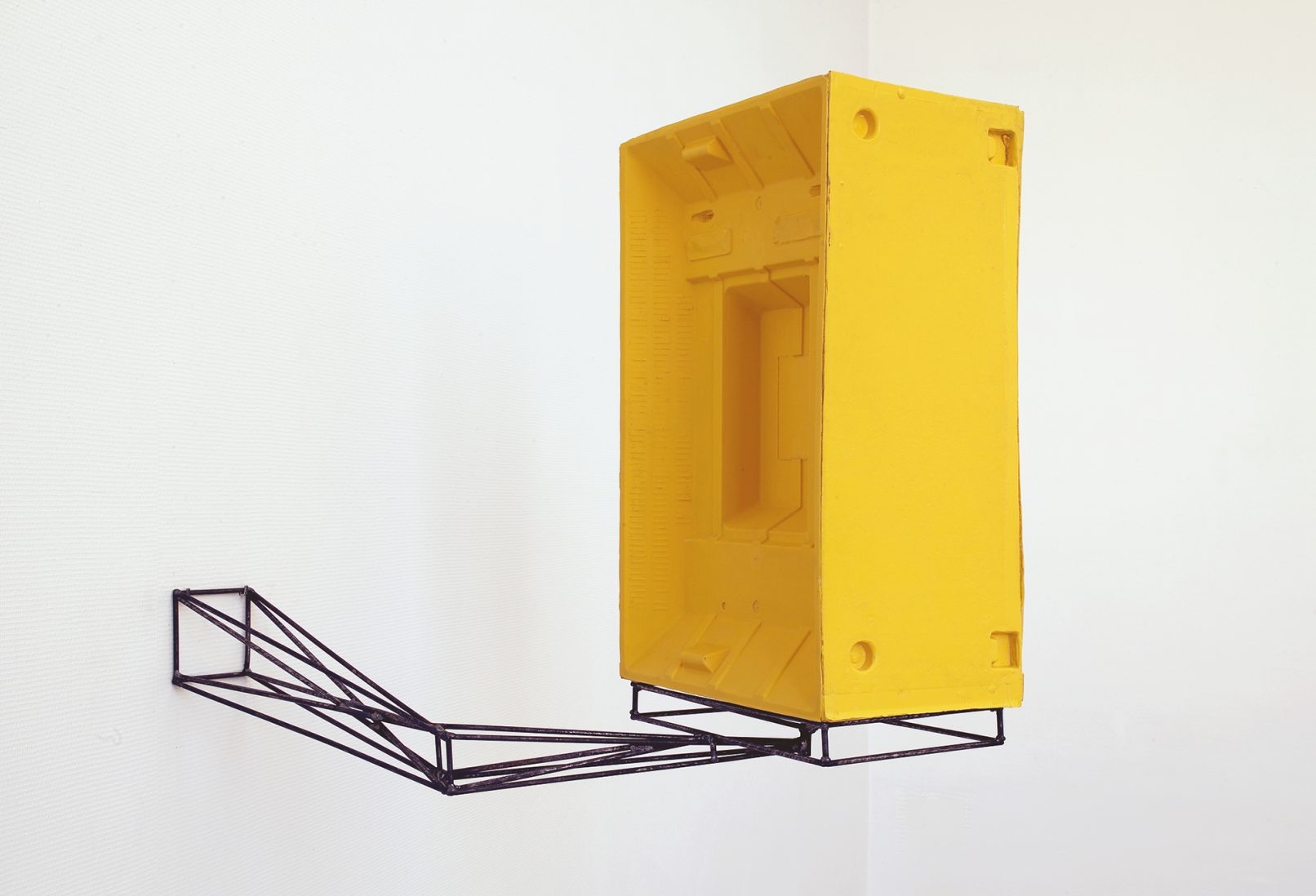 Eget værelse #3 /A room of ones own #3
steel, polyester 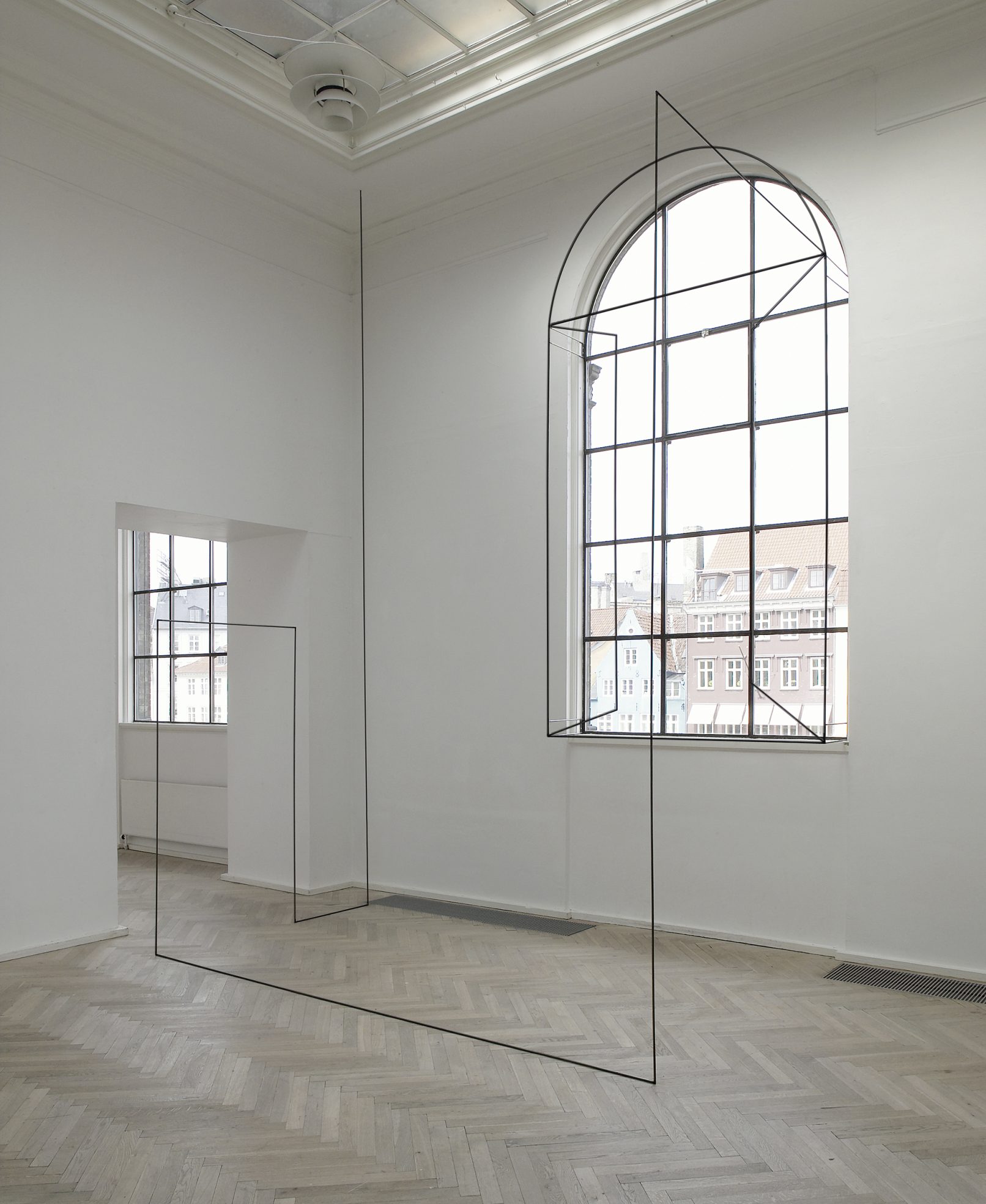 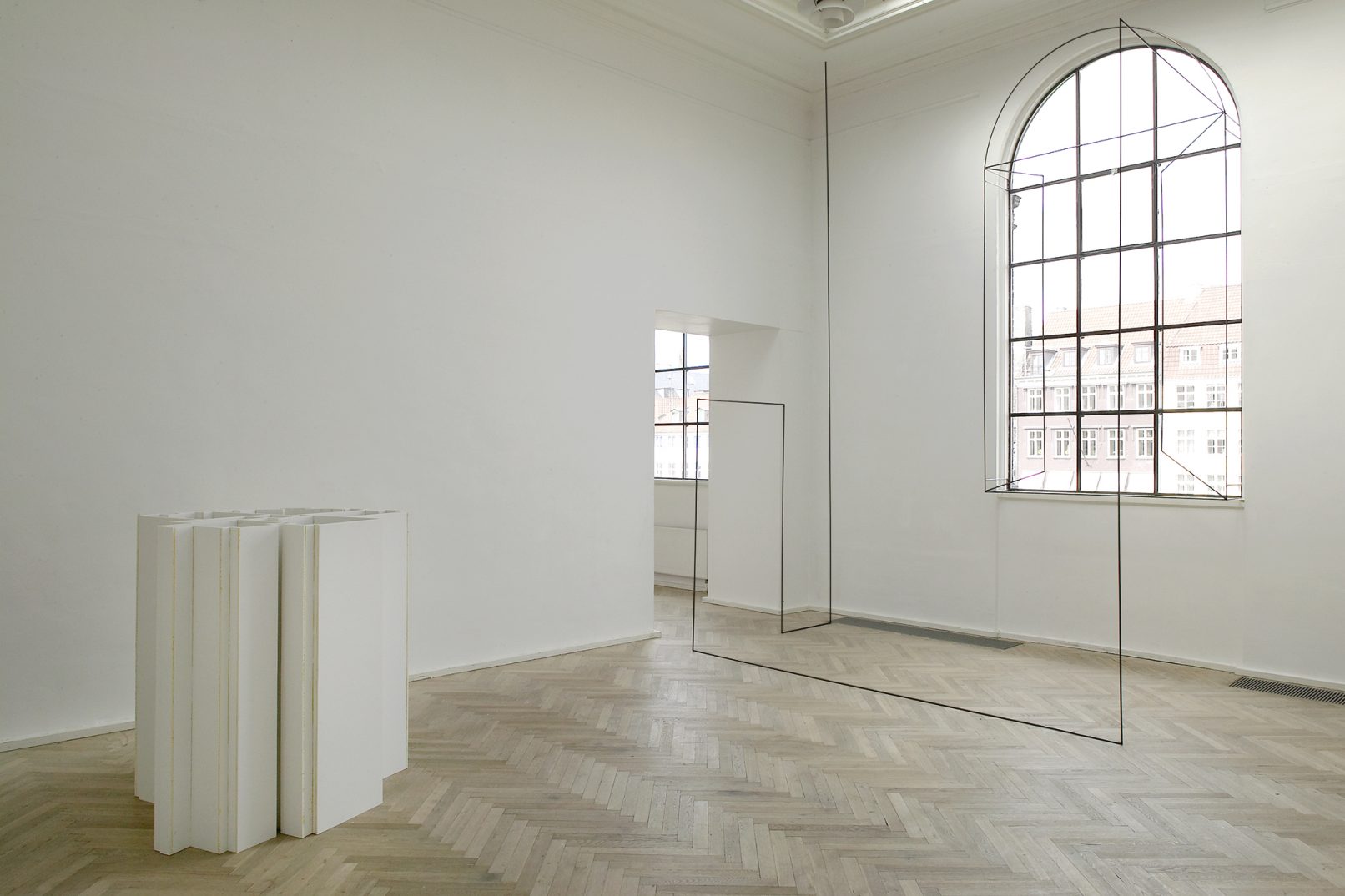 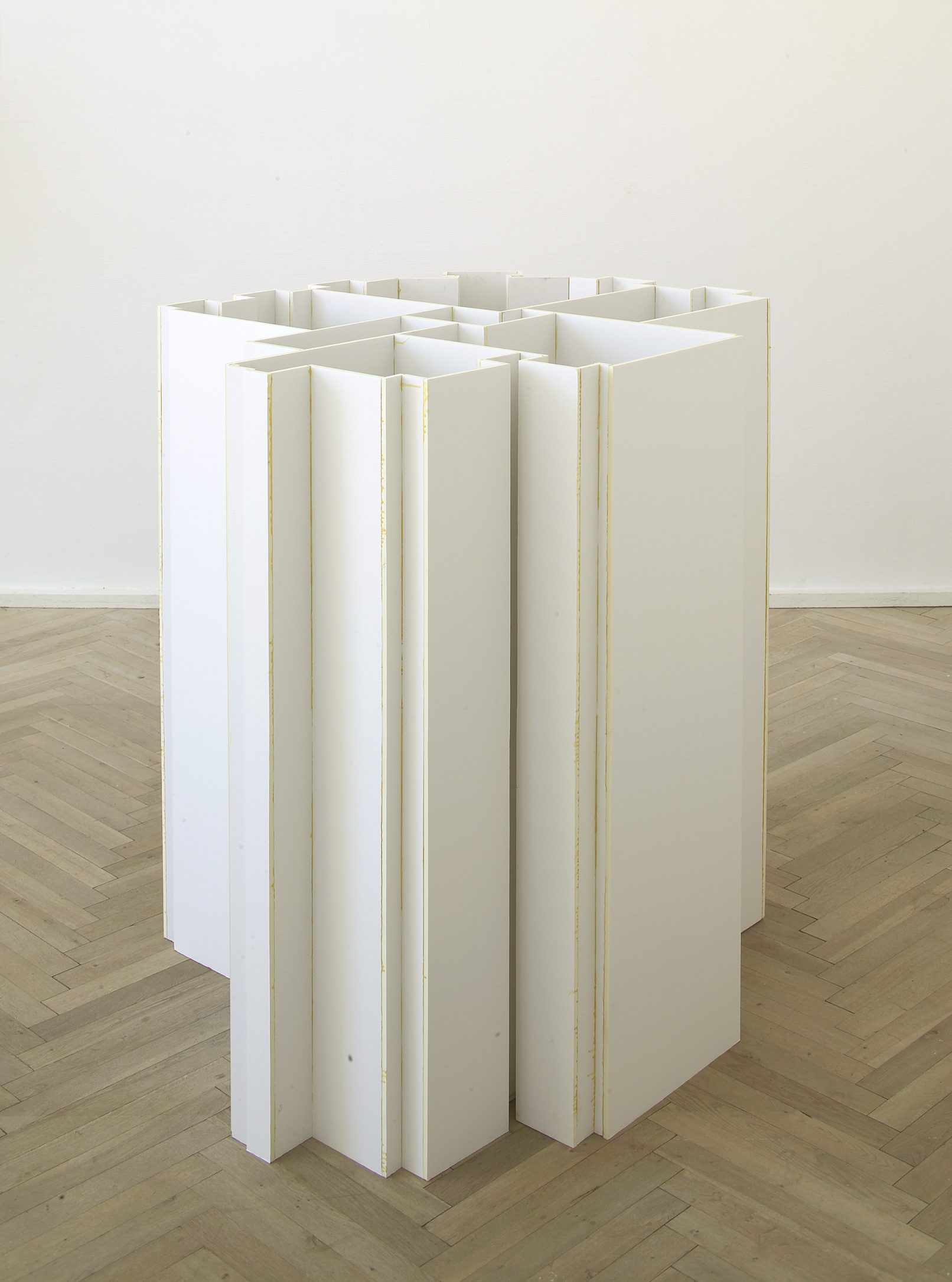 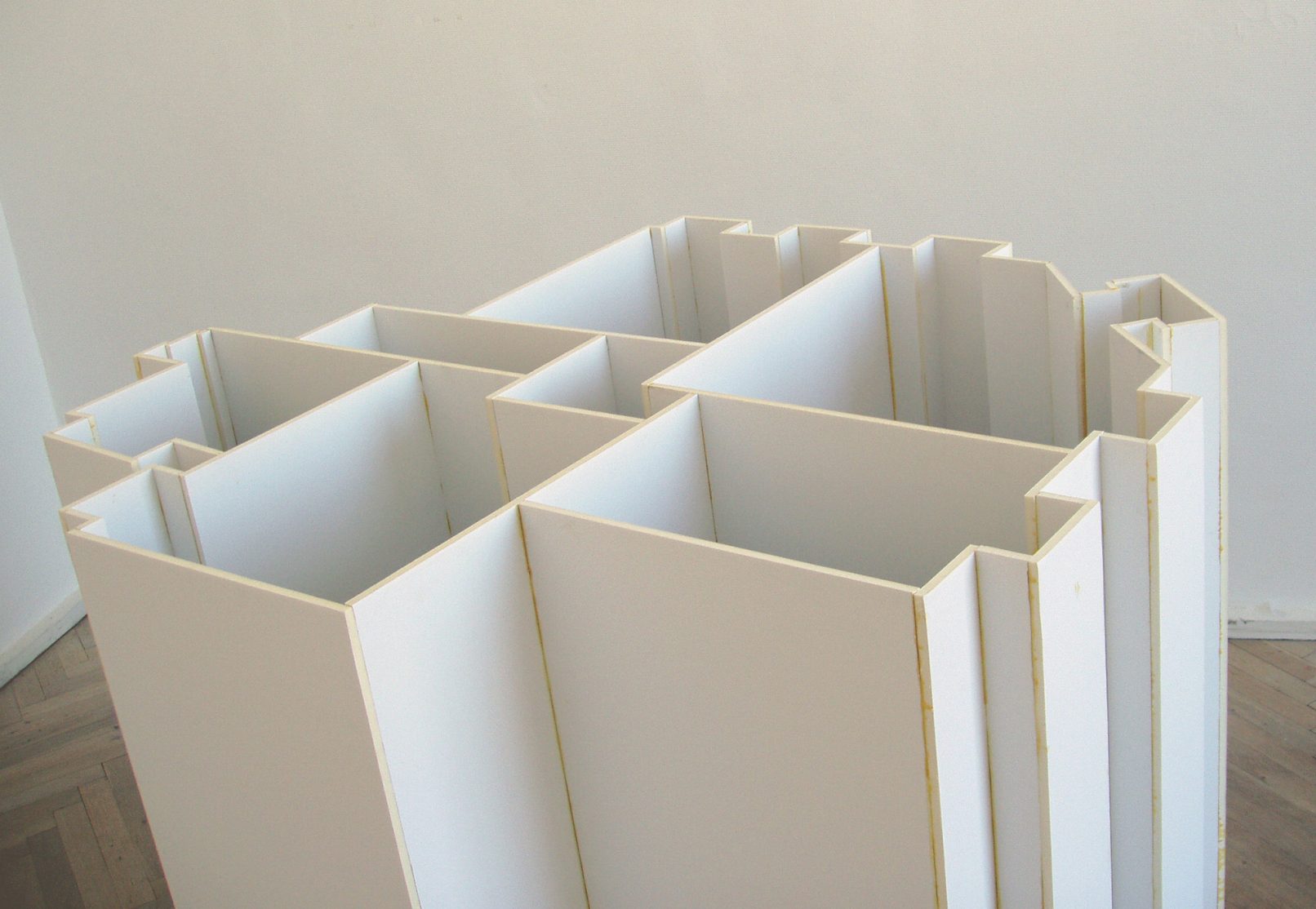 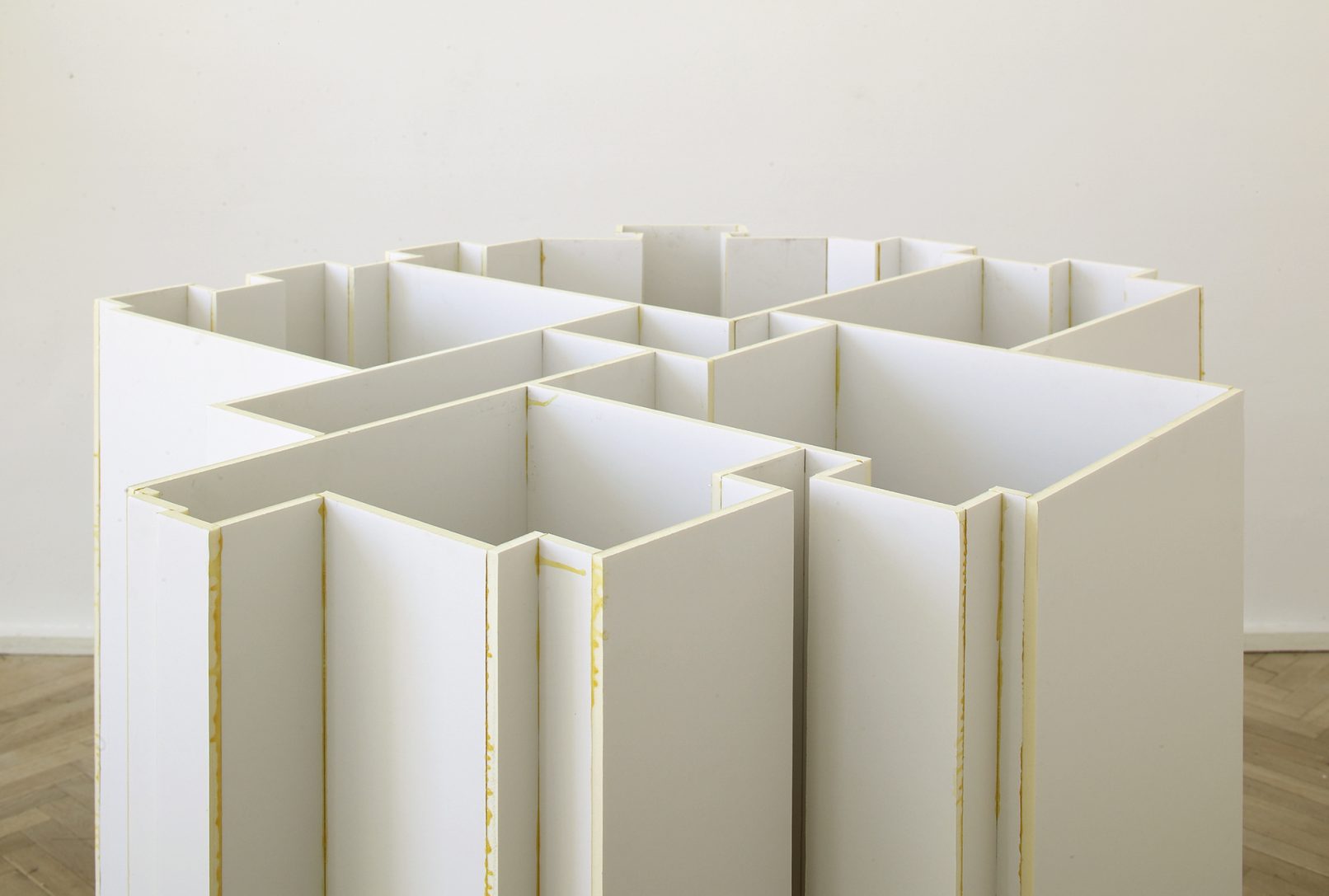 Eget værelse #4 /A room of ones own #4
glue, foam boards
Previous
Next