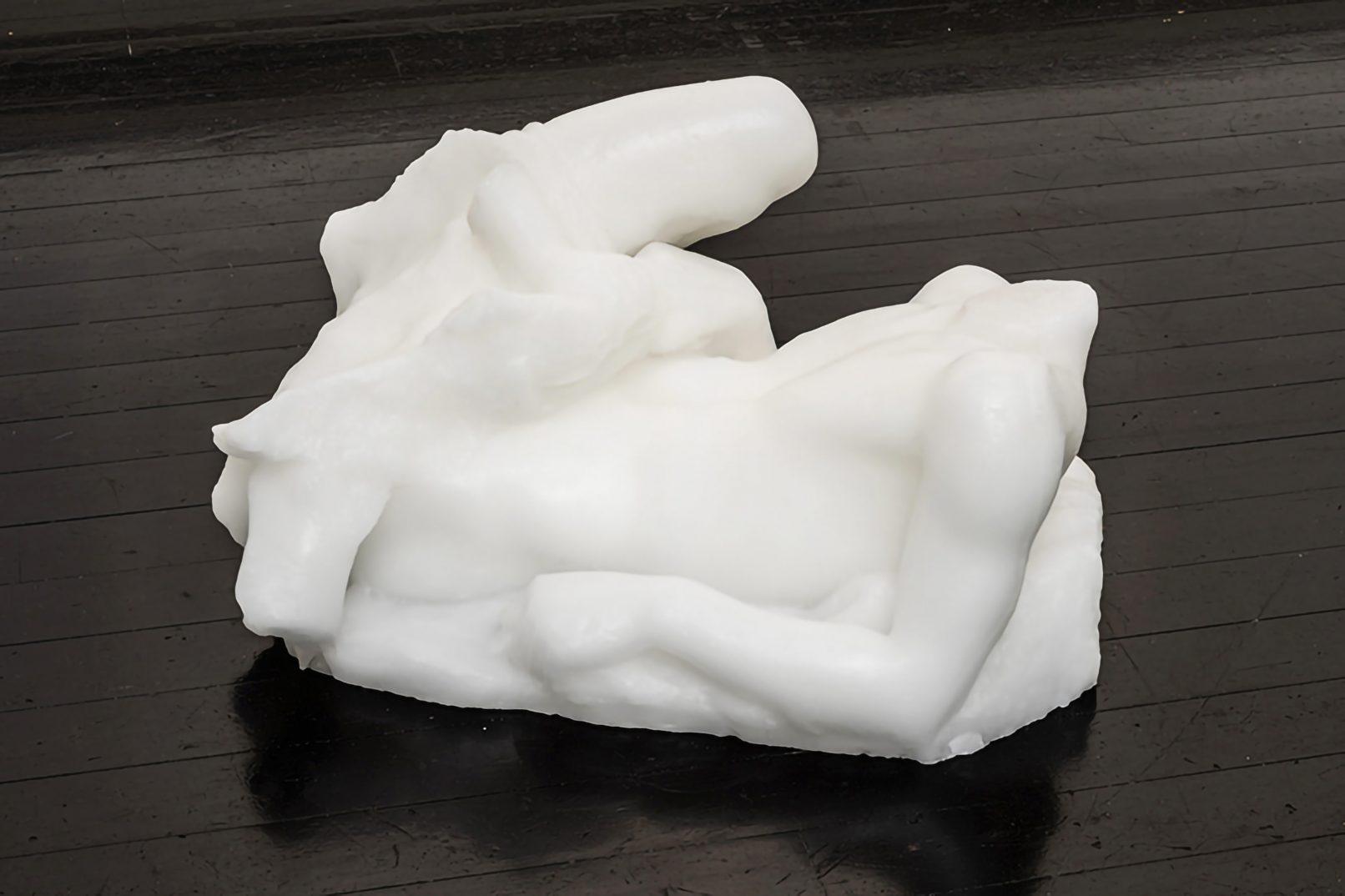 Past Present is exhibited in the originally sculpture gallery at Den Frie and sends greetings to sculptor Anne Marie Carl-Nielsen’s work on copying archaeological sculptures in Athens in 1904, to the workshop and the crafts.
In classic sculpture it is the hands that point, gesticulate, hold signs and symbols, are open or closed to the viewer. Hands and arms are also the most important tool of the sculptor, connecting abstract concept to physical reality. The world as we currently know it has been made by hands. In reference to a high- tech world where a reality created by robots is replacing the manual world, the arms lie scattered and severed from their origins.

A Room of one’s own (#3) from 2004, a negative cast of a television and Front Matter from 2012 is shown in the originally painting gallery. Front Matter, which seen from one side is a reconstruction of the artist’s studio wall, and from the other mimes a piece of scenery supported from behind. The work is made of transparent acrylic sheets glued together, making it impossible to distinguish between what each side represents – between ”front” and ”matter” – with the edges of the work appearing as an outline in the gallery space. The work is simultaneously manifest and flickeringly hard to pin down. The sculpture conceals nothing. The entire process, including the obvious gluing, is on display: the artist’s sacrosanct refuge, the studio, can be seen right through. 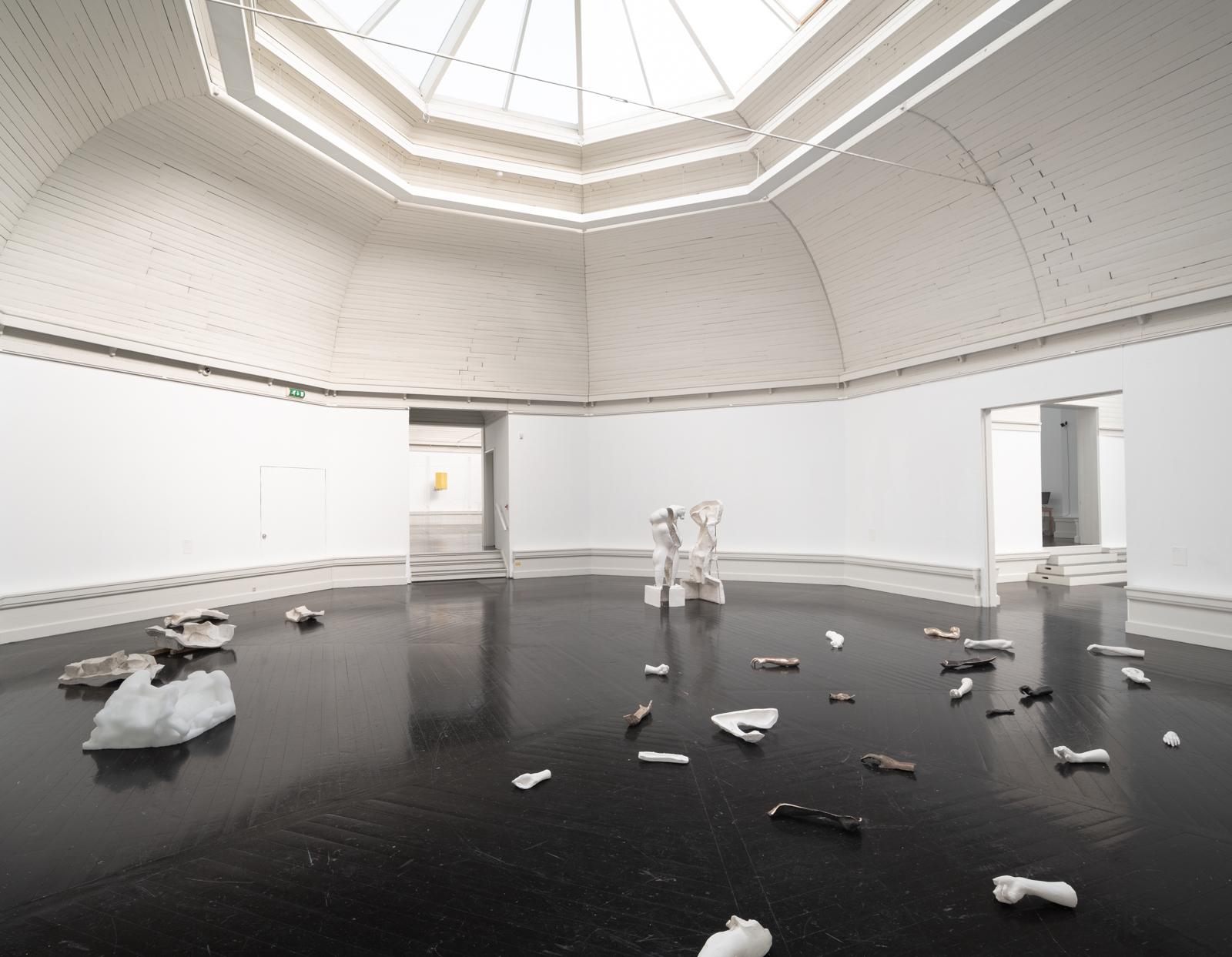 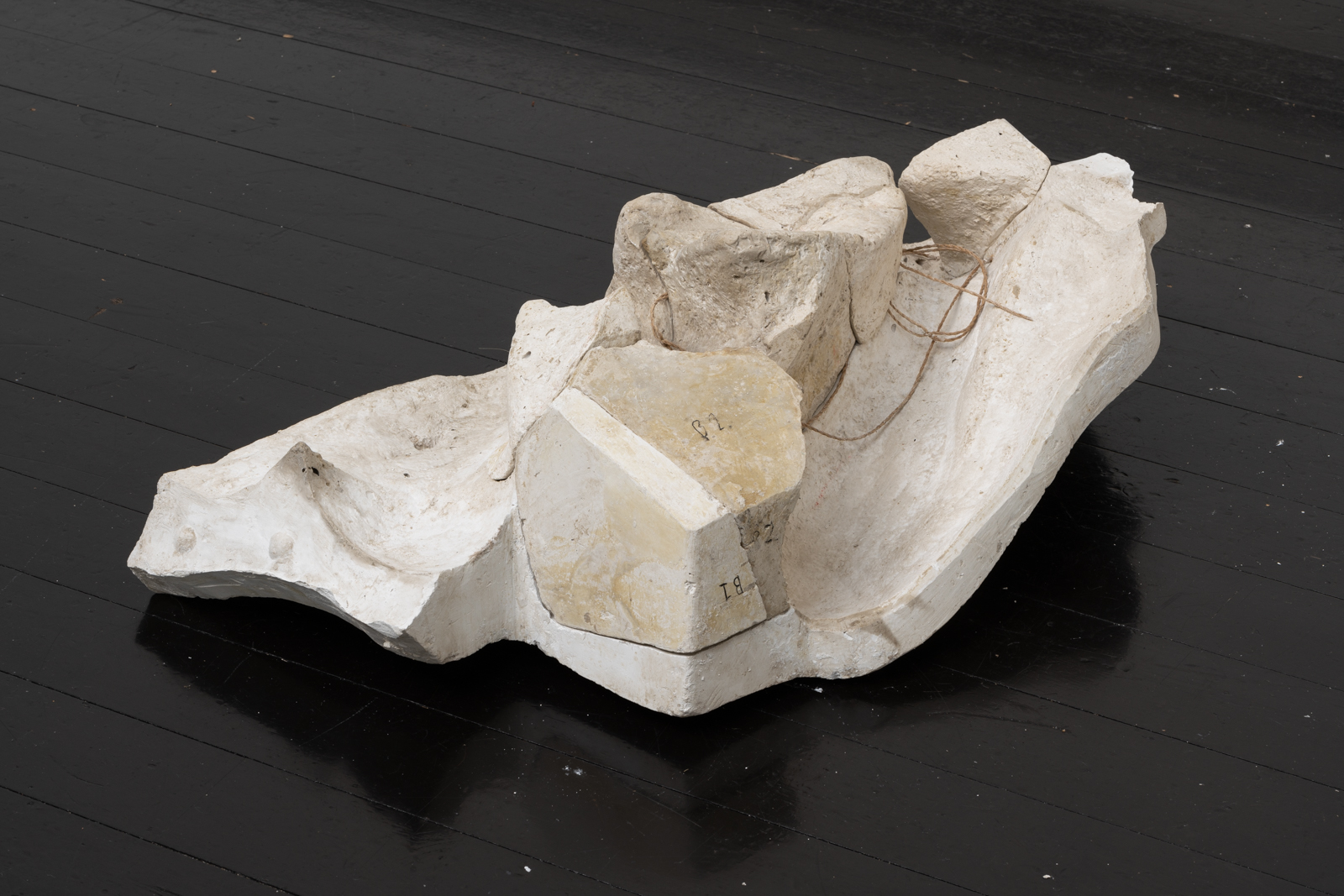 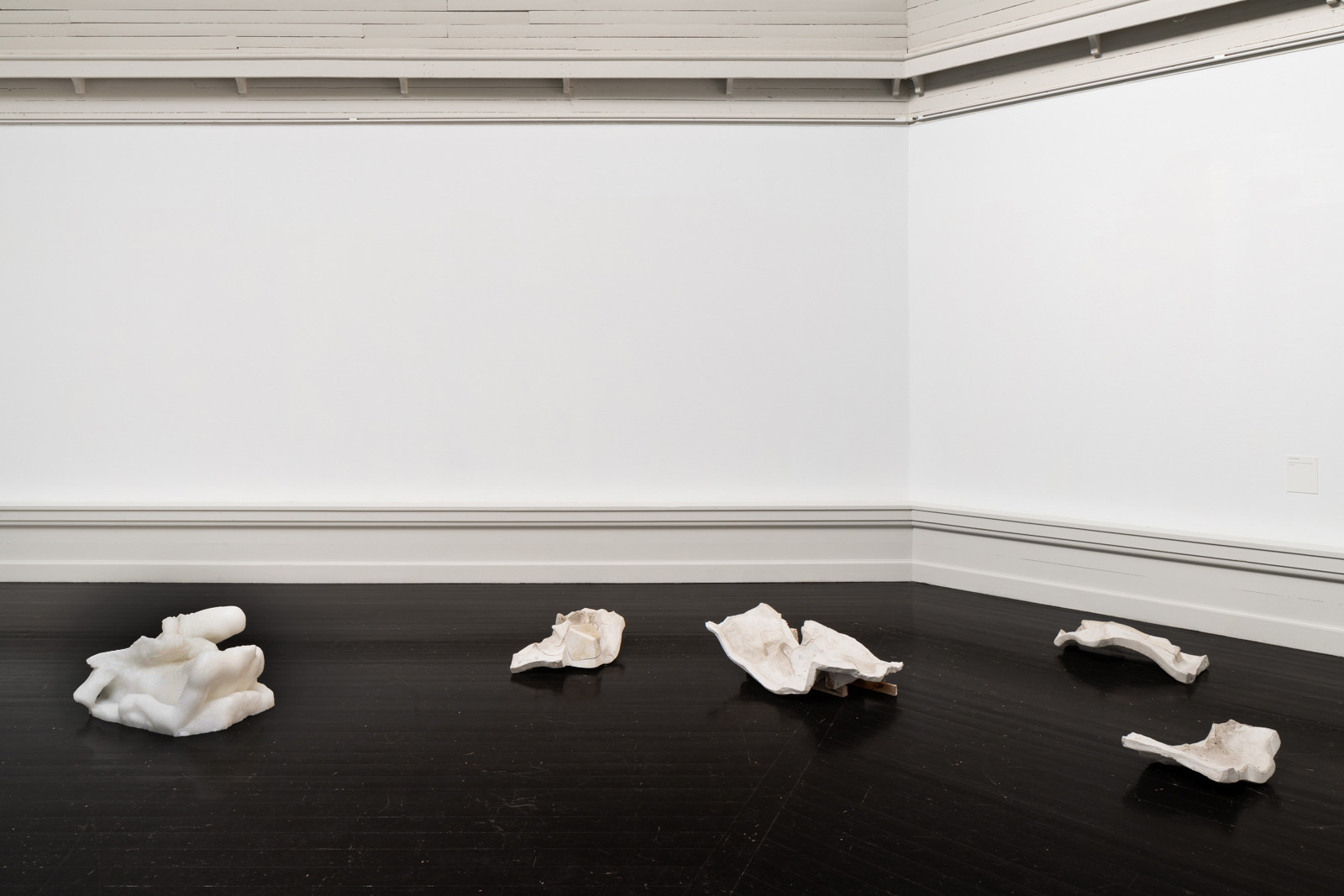 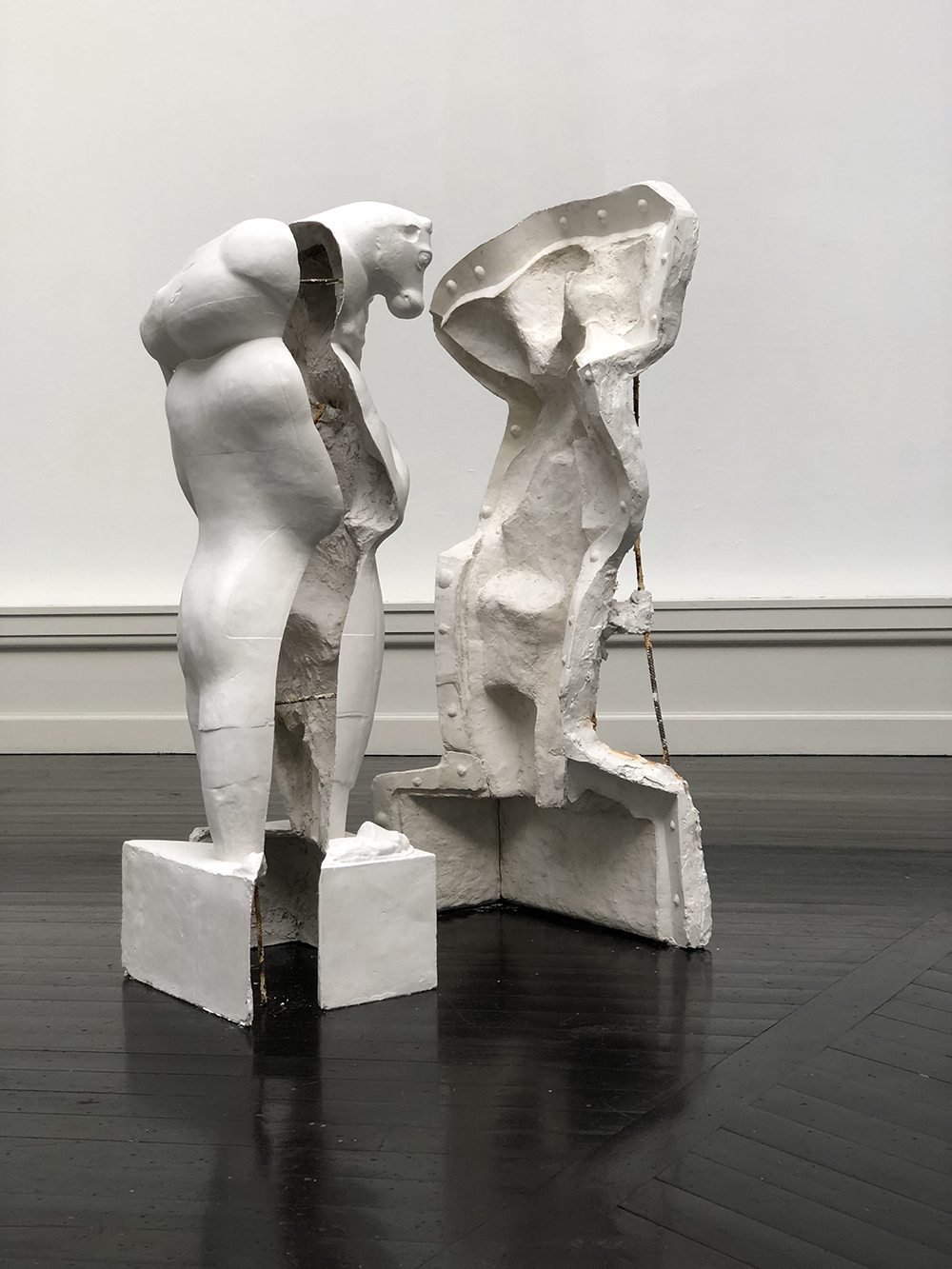 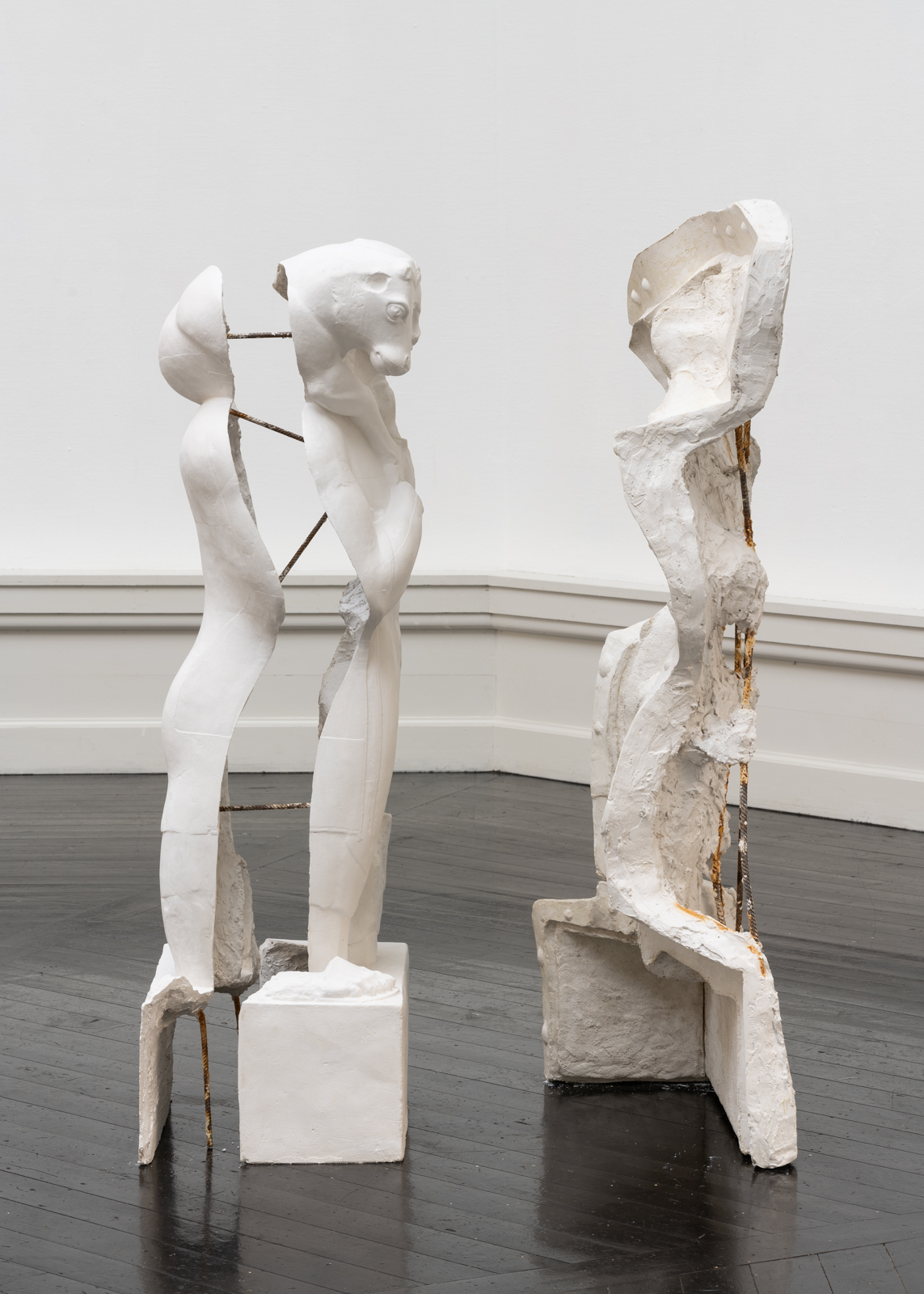 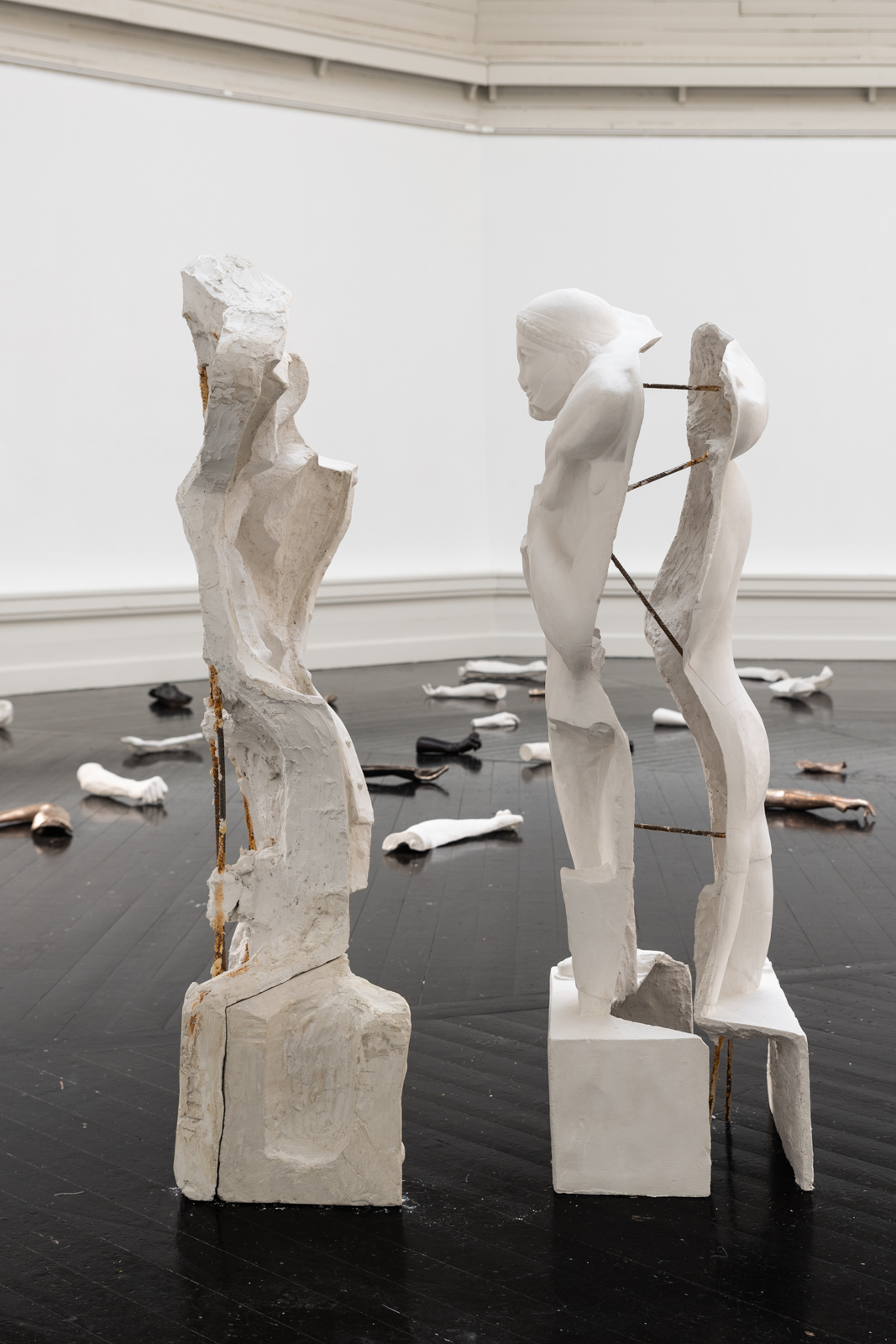 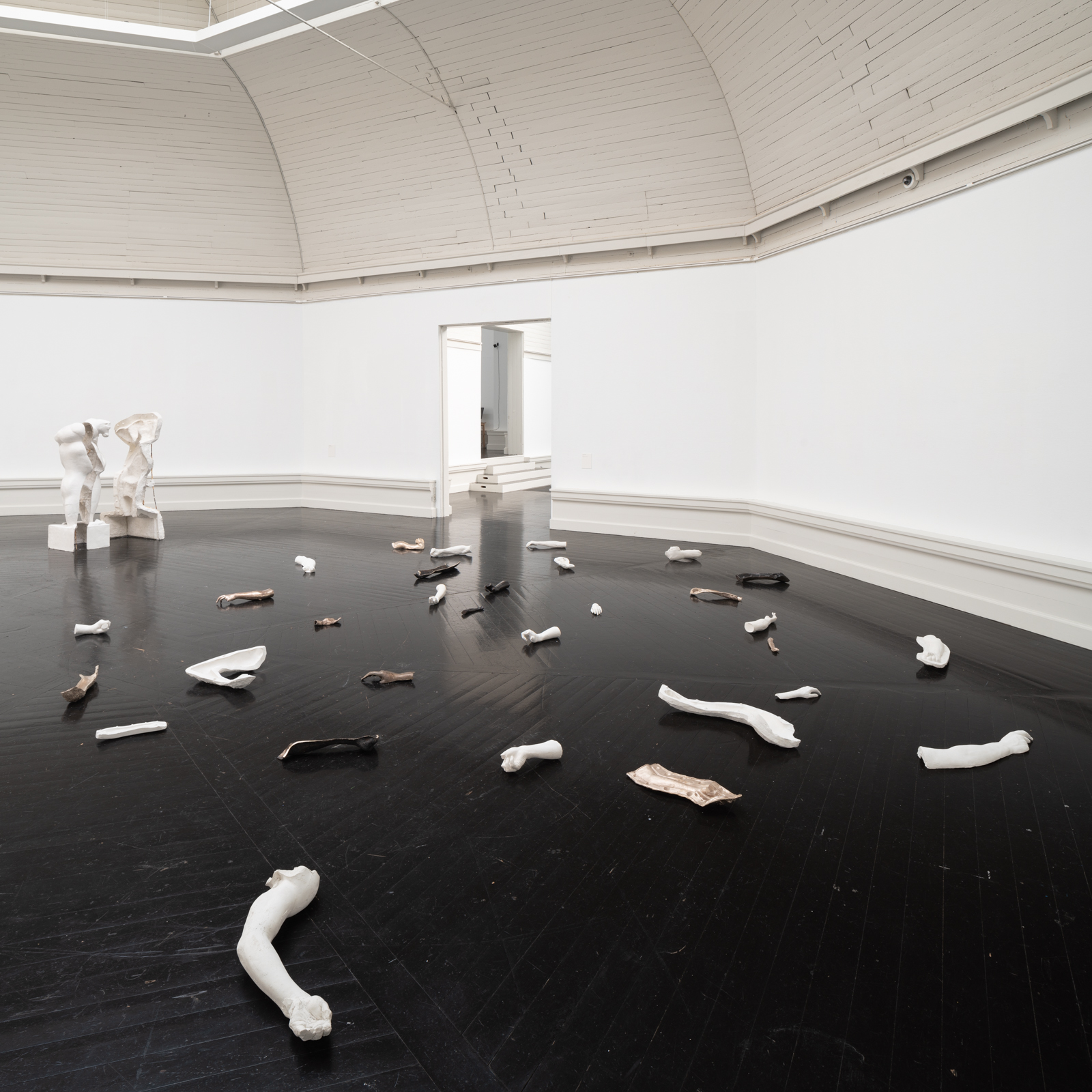 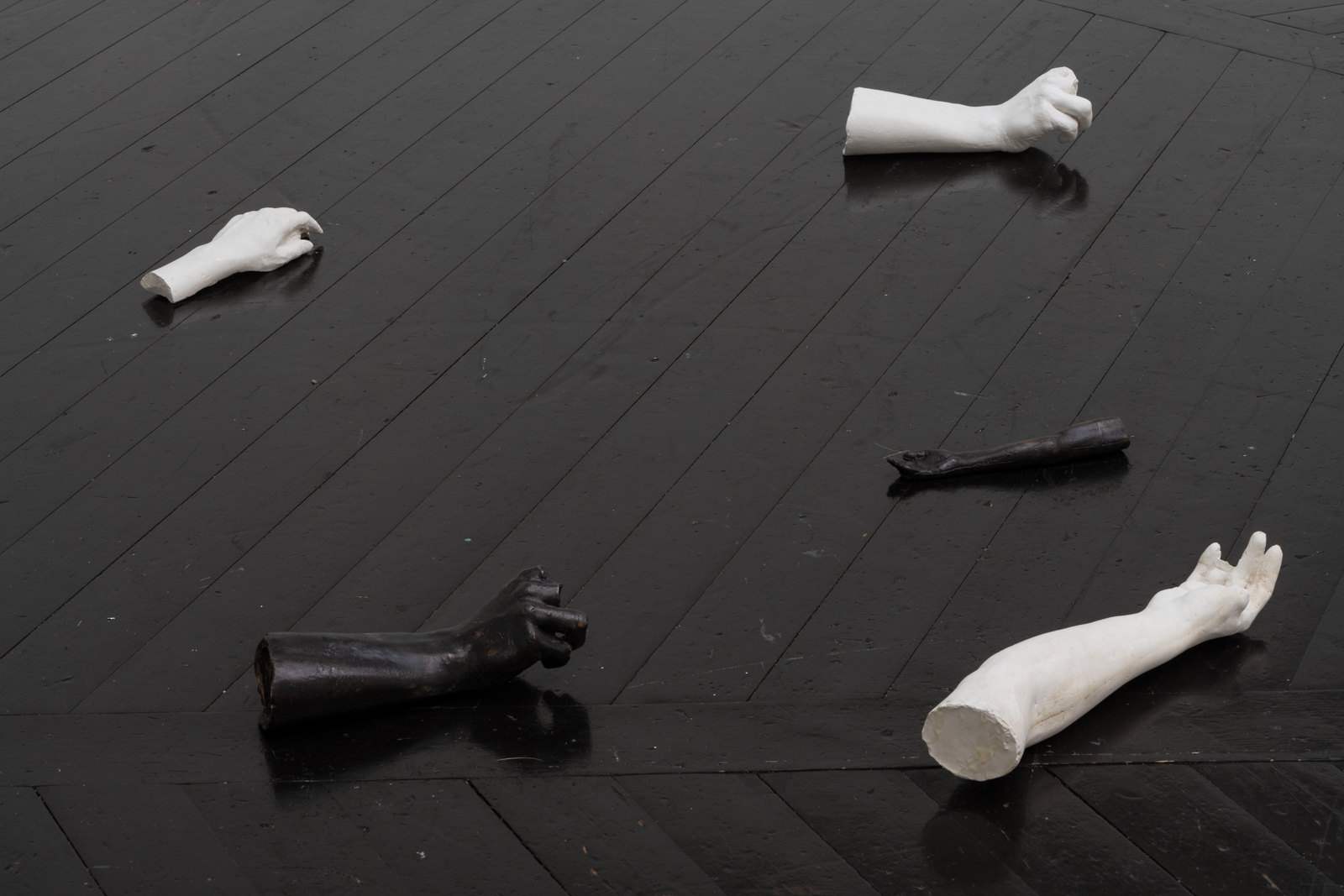 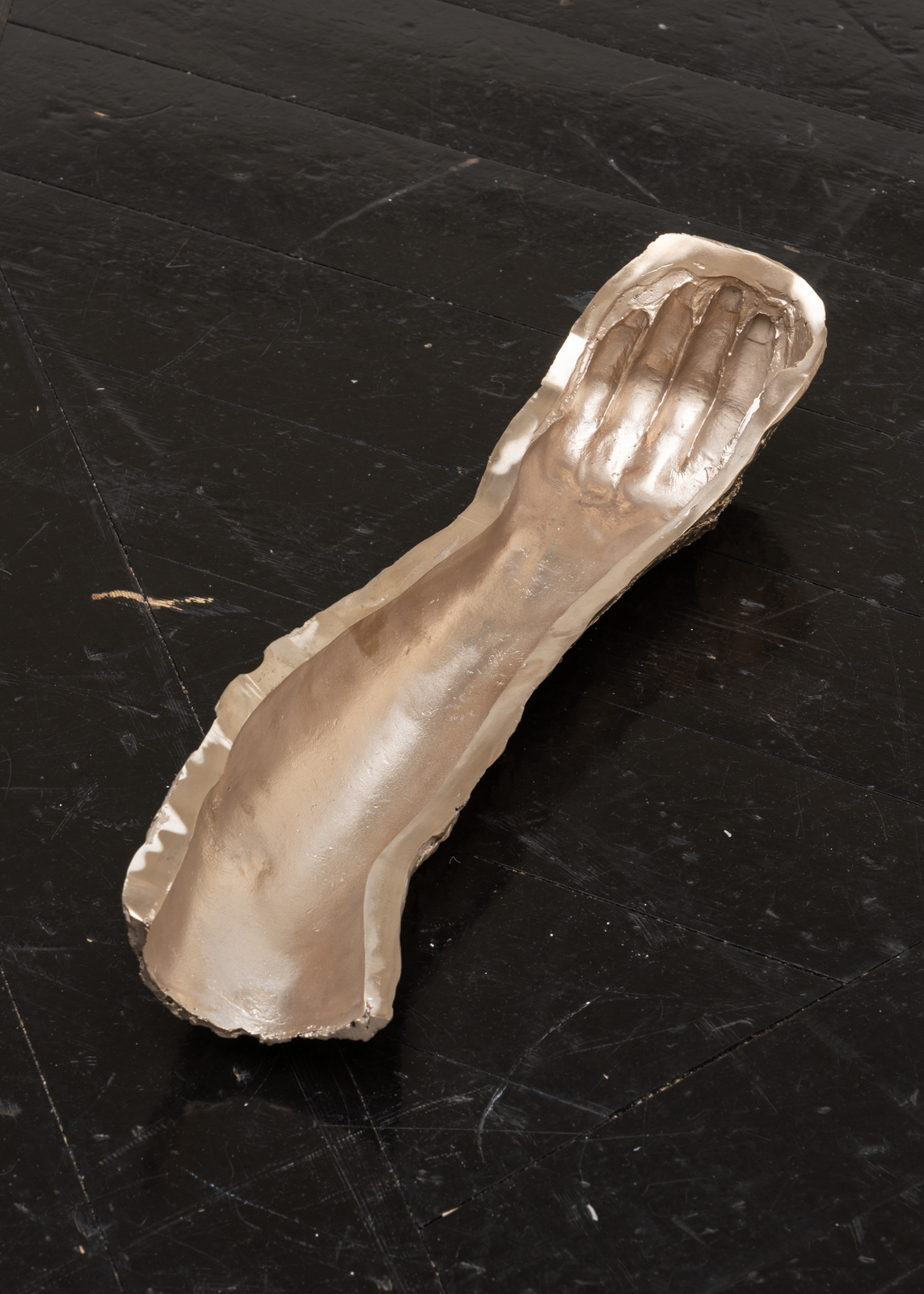 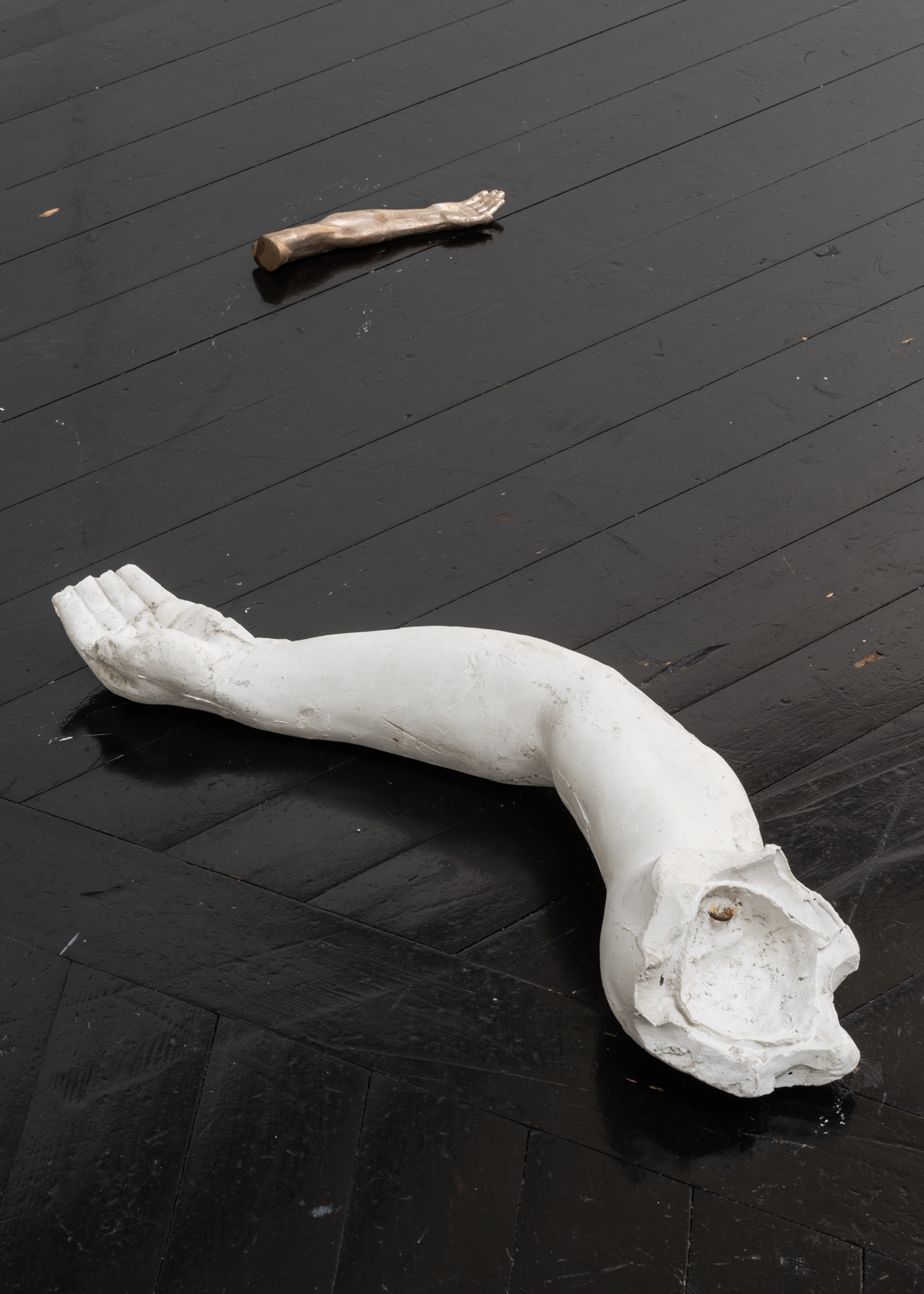 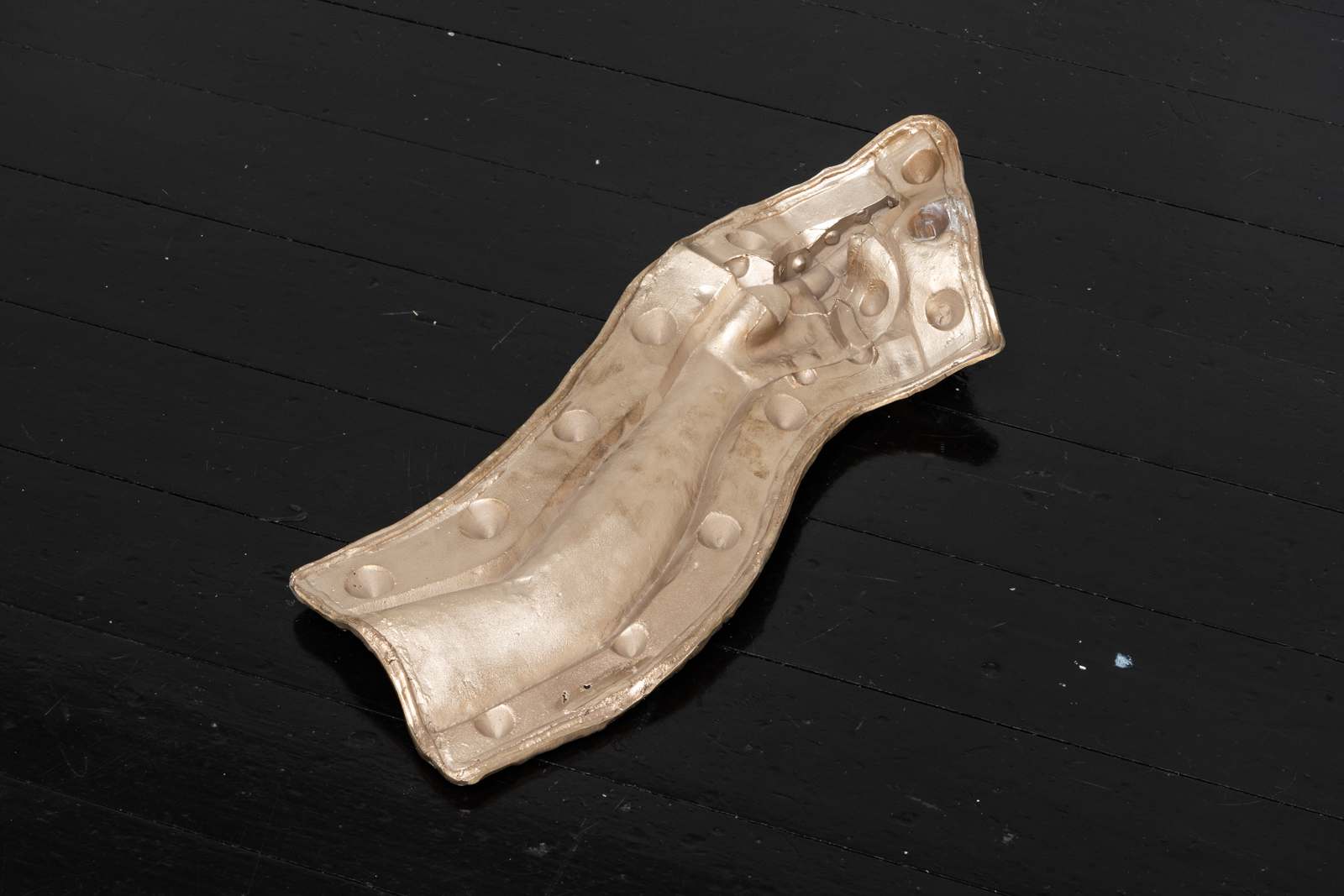 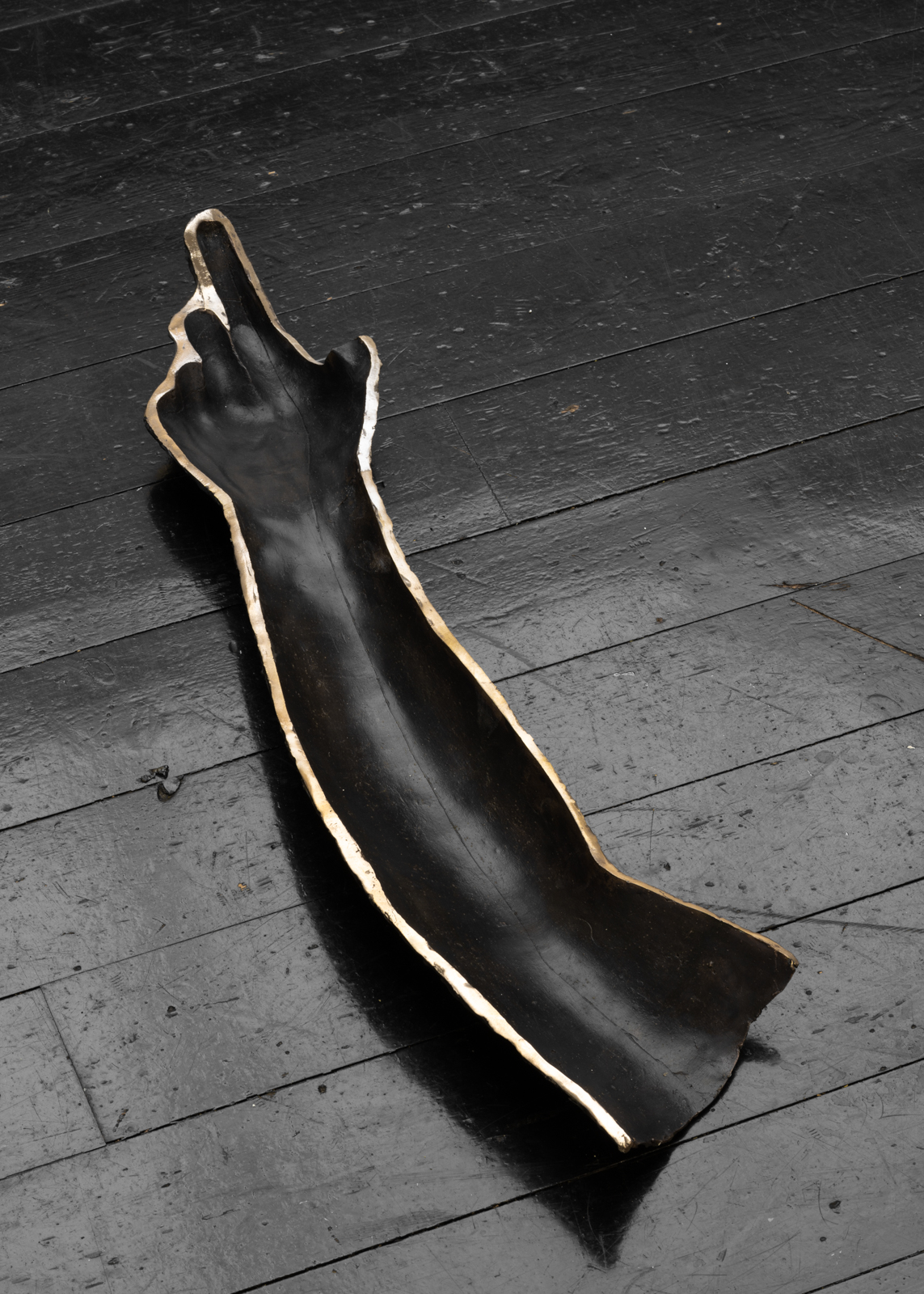 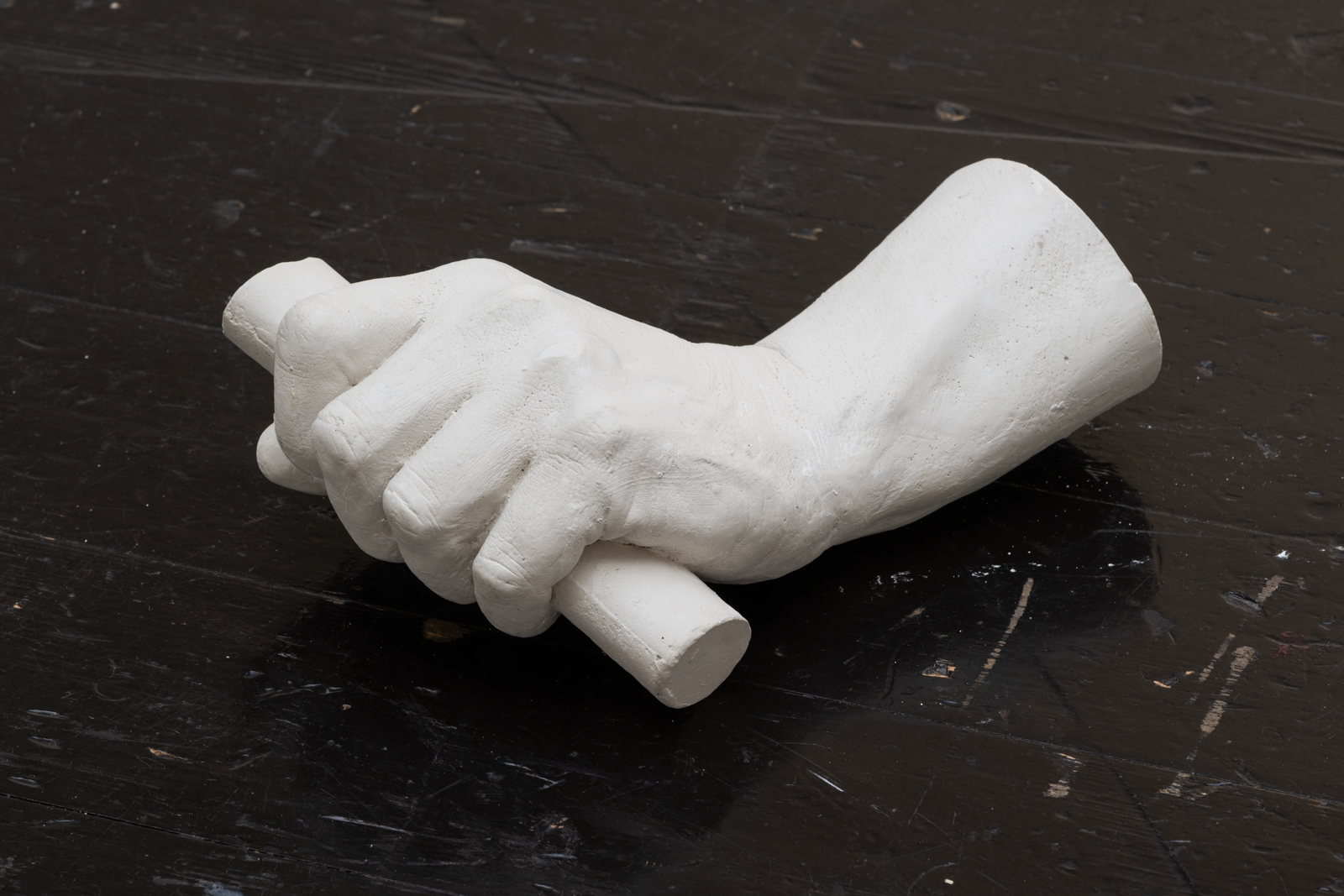 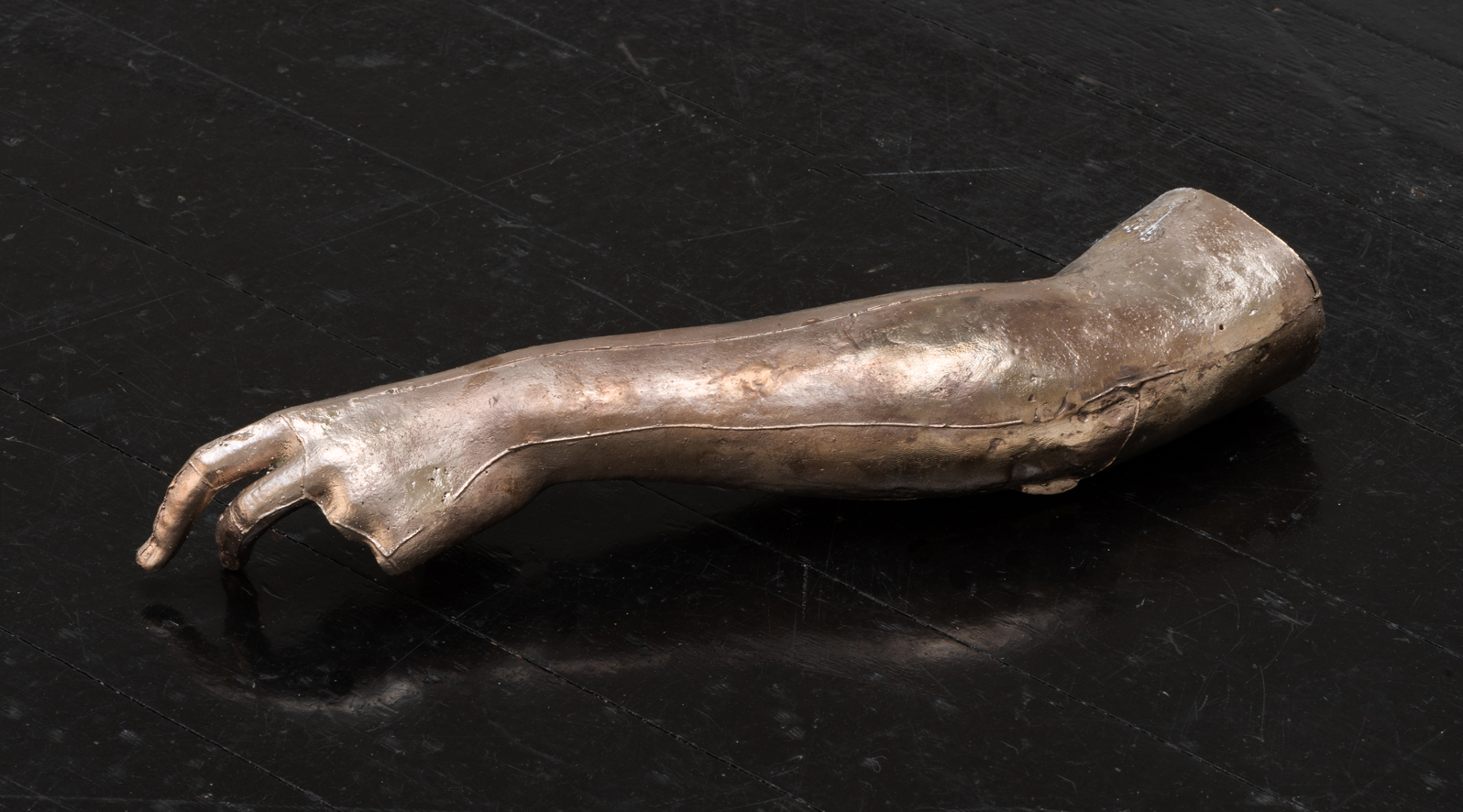 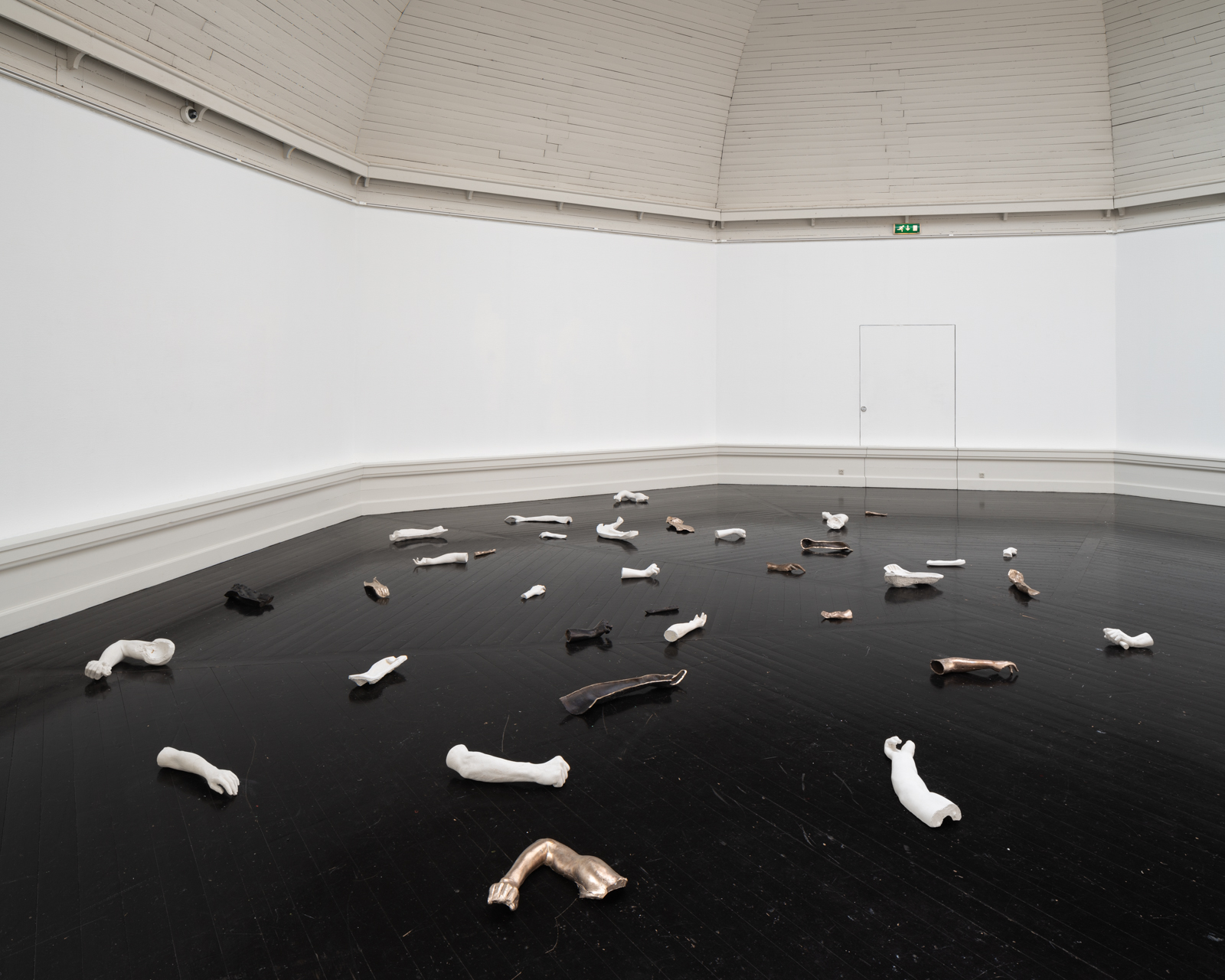 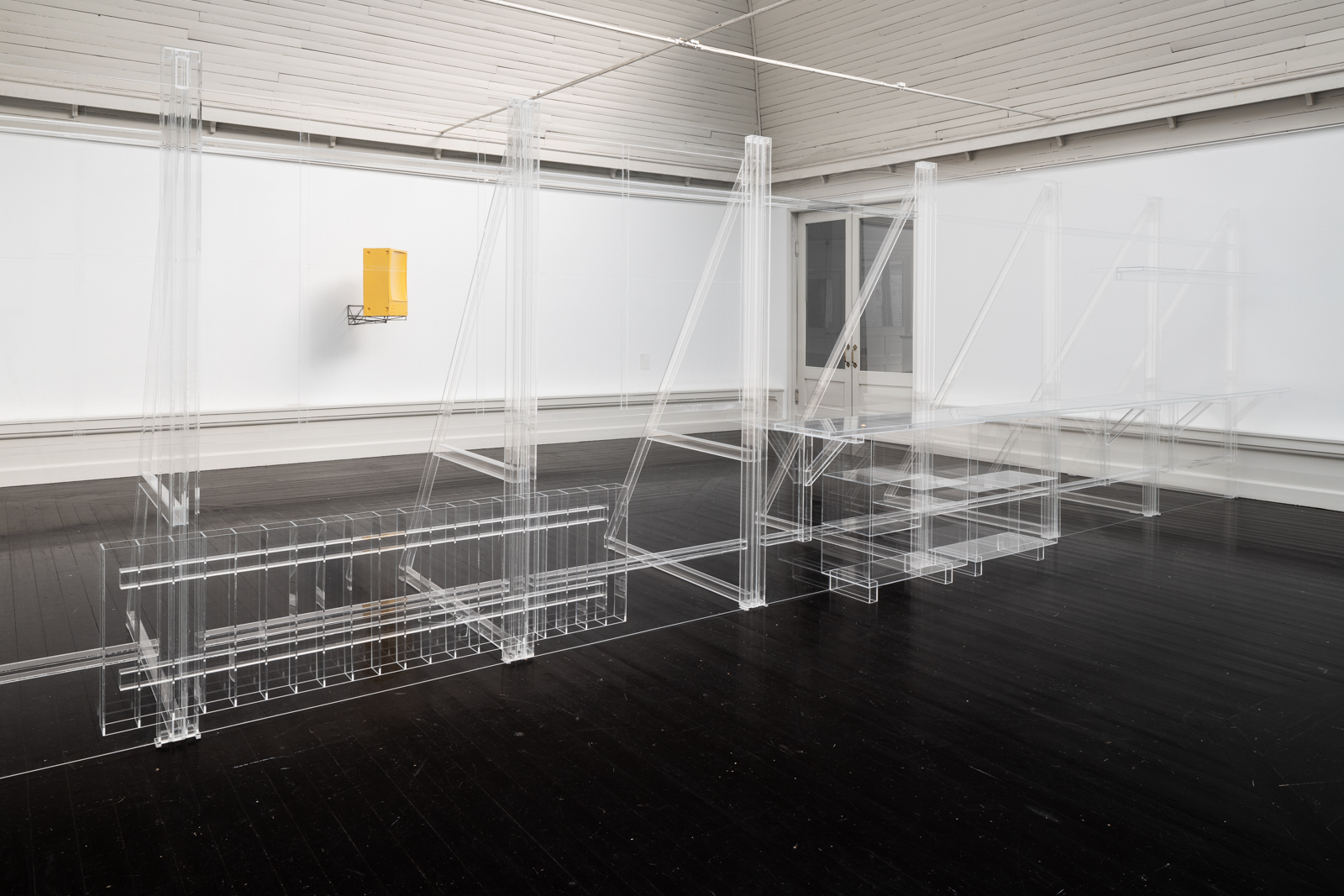 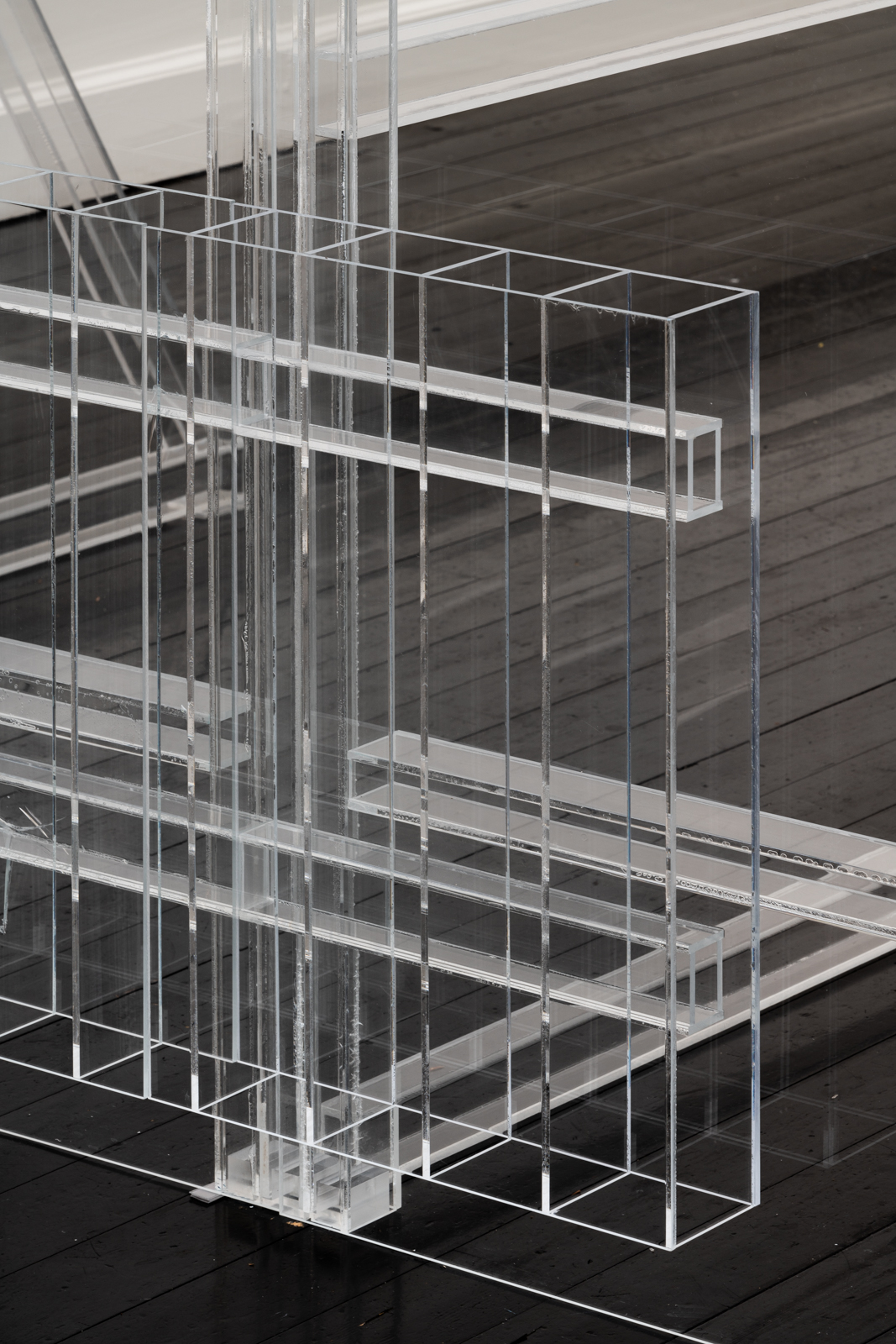 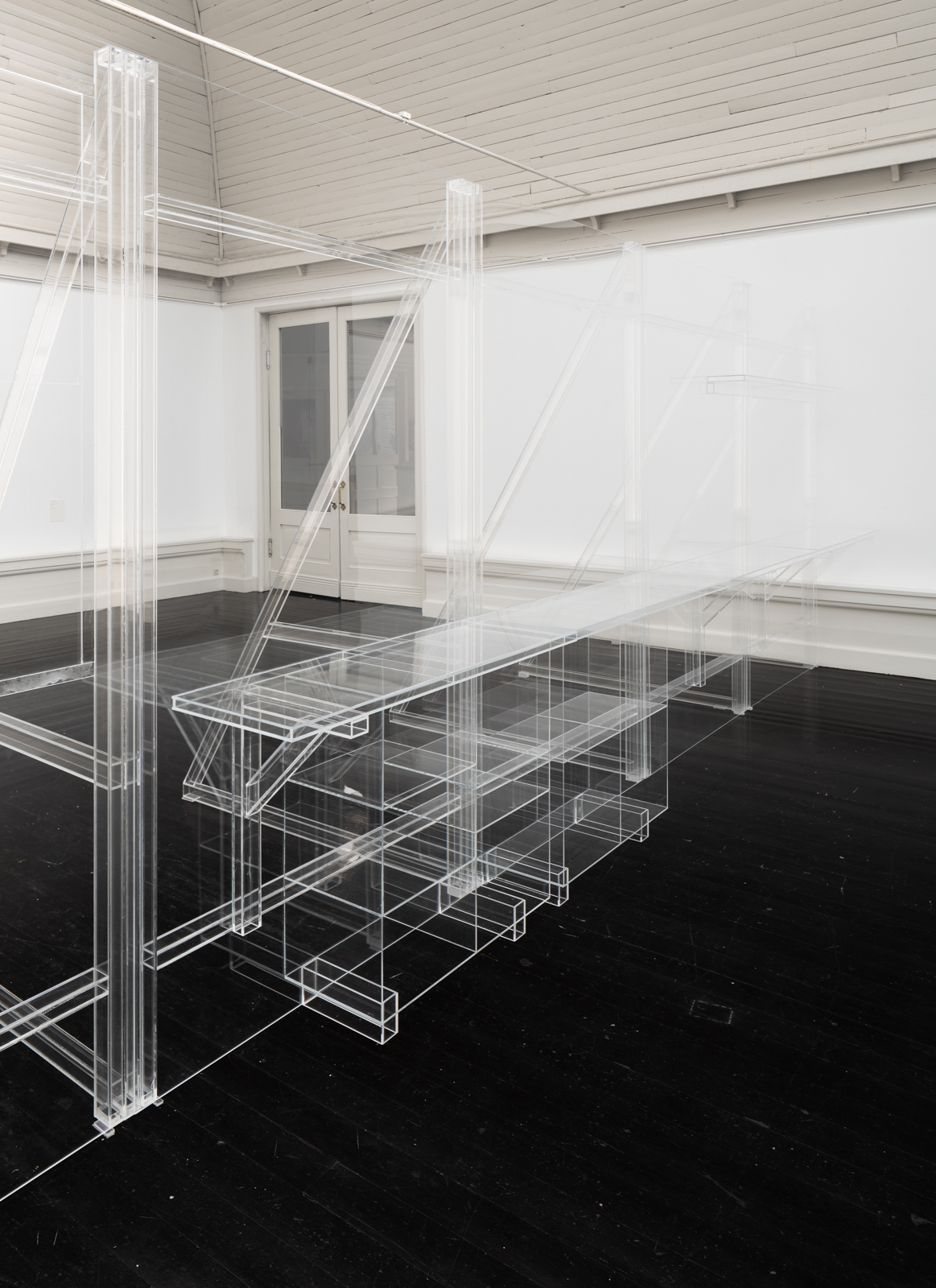 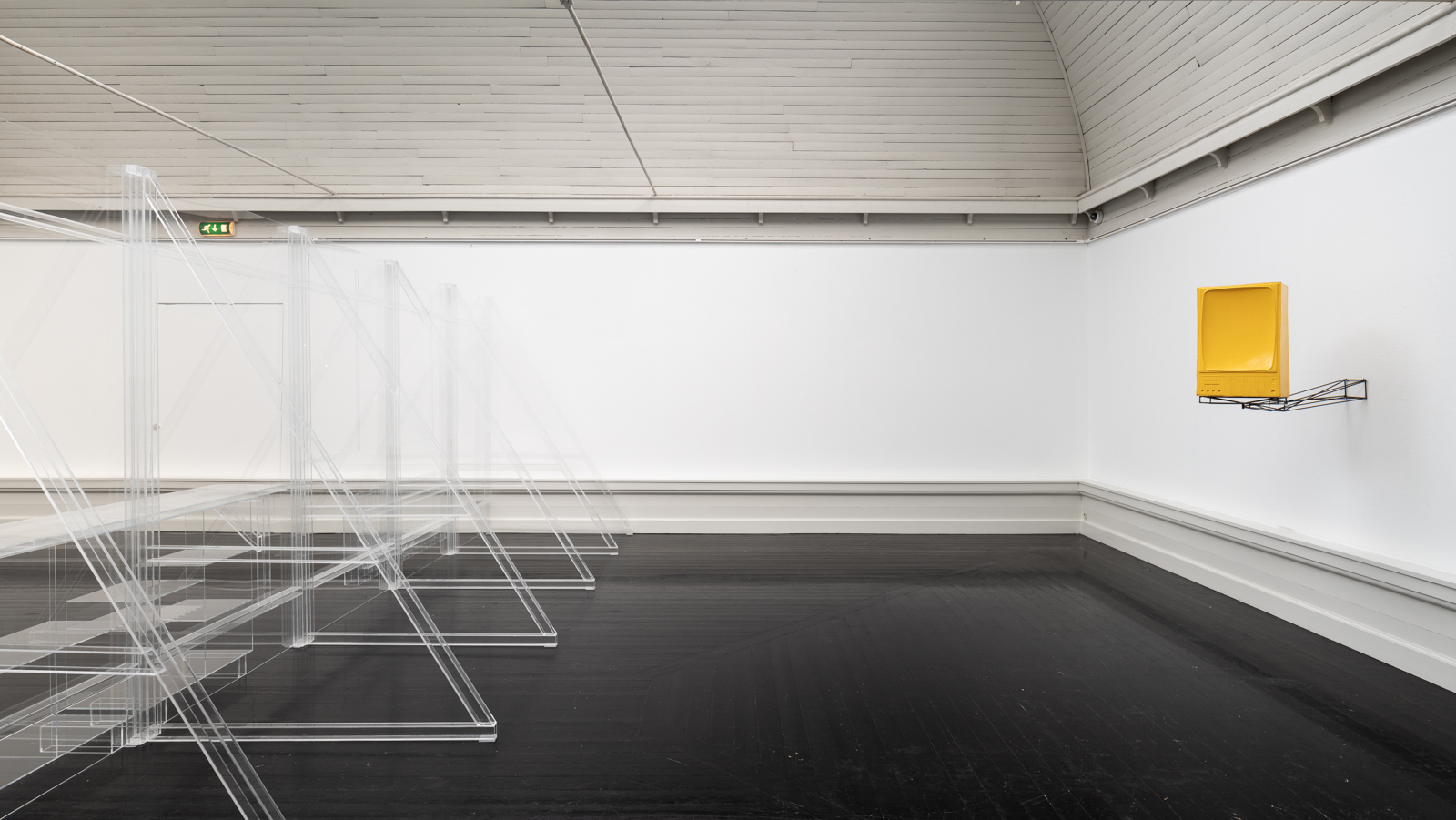 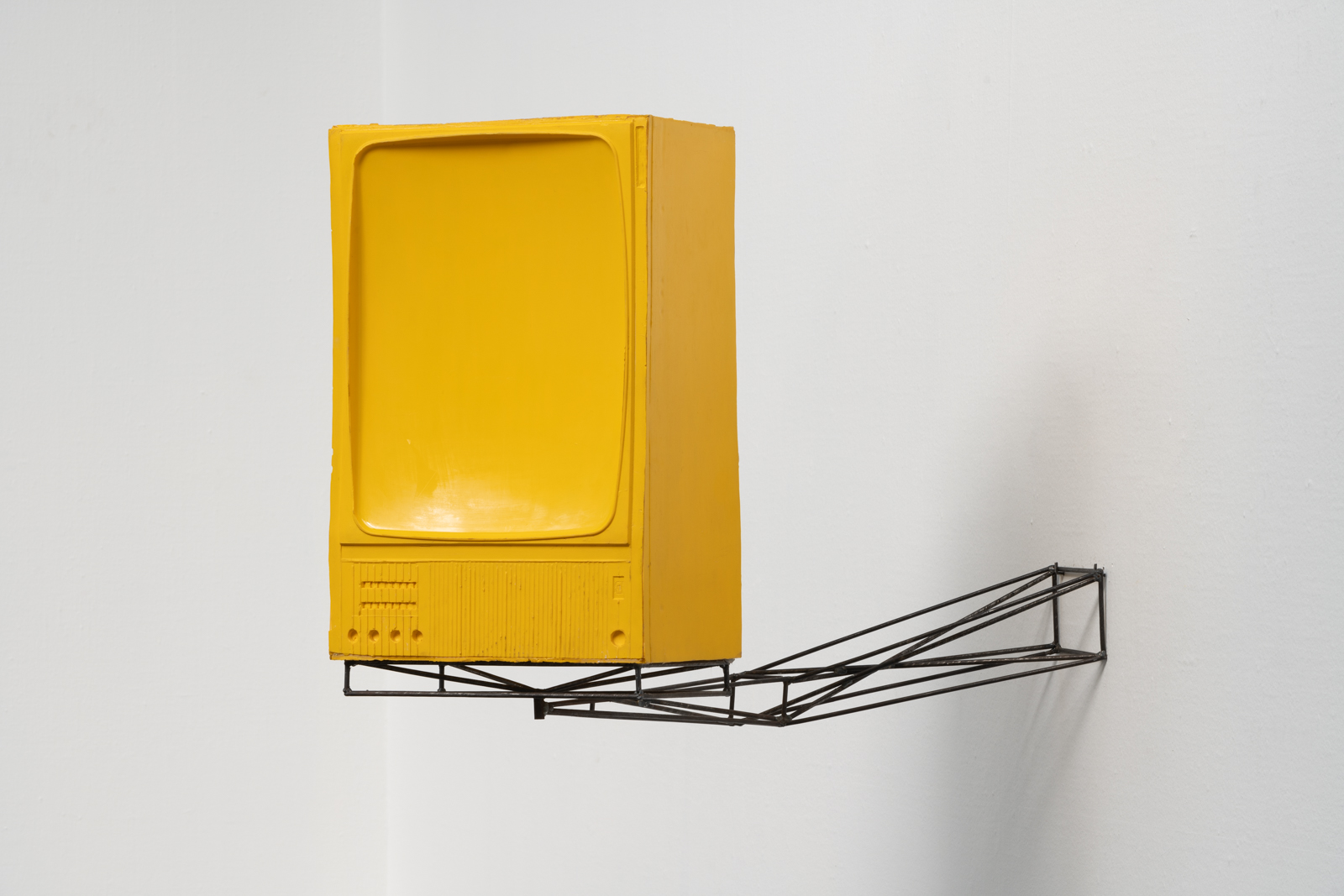